Controversial concert in the Hamptons

The governor of New York is angry that a permit was granted for an outdoor music event in Southampton. But the organizers said they followed CDC guidelines. Reported by Jodi Goldberg

NEW YORK - Gov. Andrew Cuomo says he is appalled over a huge concert held over the weekend in the Hamptons and says an investigation will take place.

The event, which he called "reckless," was a charity function that included performances by Goldman Sachs CEO David Solomon and the band The Chainsmokers. Solomon, who goes by the deejay name D-Sol, performed for about an hour.

Southampton Town Supervisor Jay Schneiderman's band also was on the bill. He defended the permits issued by the town, saying the event was to celebrate summer in a safe way while raising money for charitable causes.

"I don't know anyone who is more upset than myself," he said. "It appears the organizers allowed people to congregate in front of the stage."

Schneiderman says the VIP area wasn't part of the concert's plan. He says the organizers, In The Know Experiences and Invisible Noise, blatantly disregarded public decency.

"I left the event right around 10 o'clock. I did notice some people going to VIP area," he said. "I said to security, 'You cannot do that,' and they said they would take care of it. Apparently they didn't."

The drive-in event, called Safe & Sound, was billed as a social-distancing event and was held in Southampton on Saturday night. Tickets reportedly went for as much as $25,000.

"Videos from a concert held in Southampton on Saturday show egregious social distancing violations," Cuomo said in a tweet. "I am appalled."

"The Department of Health is going to do a full investigation as to why the Town of Southampton issued a permit, as to what the promoters thought they were doing, how the event as it was going on was allowed to get out of control," Cuomo said on a call on Tuesday.

The organizers said in a statement to Fox Business that they collaborated with all state and local health officials and the concert followed the Centers for Disease Control and Prevention (CDC) guidelines. A representative said the video that Cuomo retweeted is misleading based on the angle and the lighting in which it was shot.

The organizers said that all profits from the event will be donated to No Kid Hungry, the Southampton Fresh Air Fund, and the Children's medical fund of New York. 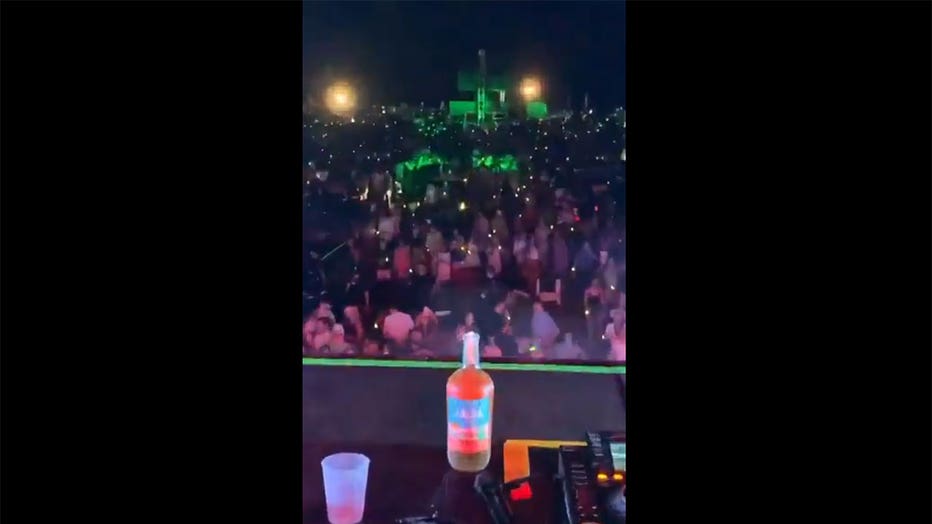