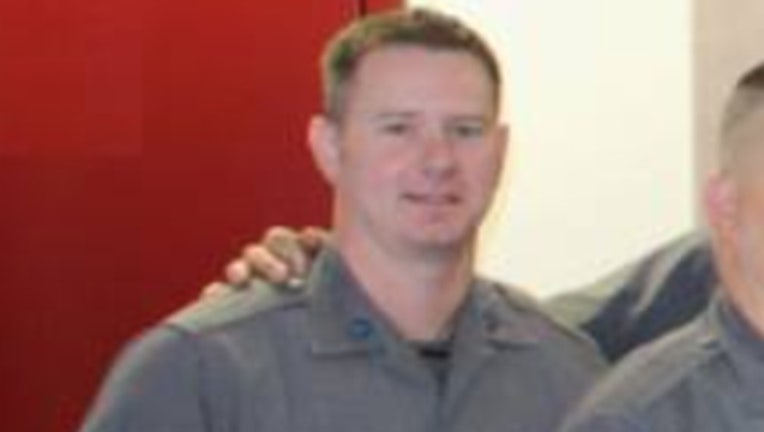 Trooper Christopher Baldner is seen in a state police photo on Facebook.

ALBANY, N.Y. (AP) - A New York state trooper is free on bail in his murder case after a police pursuit on the Thruway last year ended in the death of an 11-year-old girl from Brooklyn.

Christopher Baldner was denied bail during his Nov. 4 arraignment. But during a hearing Friday, a state Supreme Court justice agreed to set bail after Baldner's attorney argued that the court overstepped when the trooper was reprimanded without bail, The Times Union reported Monday.

Baldner's bail was set for $100,000 cash or a $300,000 secured bond. He made bail later Friday. He will be confined to his home before the trial and must wear a monitoring bracelet.

According to the New York attorney general's office, which has jurisdiction over killings by police, Balder pulled over Tristin Goods for speeding, then pepper-sprayed him. Goods drove off, leading to a high-speed chase in Ulster County in December.

The trooper then allegedly rammed into the minivan twice, causing it to flip over and kill Monica Goods, the office said.

Baldner is also facing reckless endangerment charges on suspicion of ramming another minivan during a chase in 2019, the newspaper said.

A New York State Trooper is now facing murder charges in connection to a crash that killed an 11-year-old Brooklyn girl during a high-speed chase in Ulster County.