A New York State Trooper is now facing murder charges in connection to a crash that killed an 11-year-old Brooklyn girl during a high-speed chase in Ulster County.

NEW YORK - A New York State Trooper has been indicted on a murder charge in the death of an 11-year-old girl by ramming his patrol vehicle into her family's vehicle in December, the state's attorney general announced.

Attorney General Letitia James announced Wednesday that Trooper Christopher Baldner will face charges of murder, manslaughter, and reckless endangerment for his role in the Dec. 22, 2020, crash that killed Monica Goods of Brooklyn.

The indictment alleges that Baldner used his police car to ram a car occupied by four members of the Goods family, causing the vehicle to flip over and resulting in the death of Monica Goods. 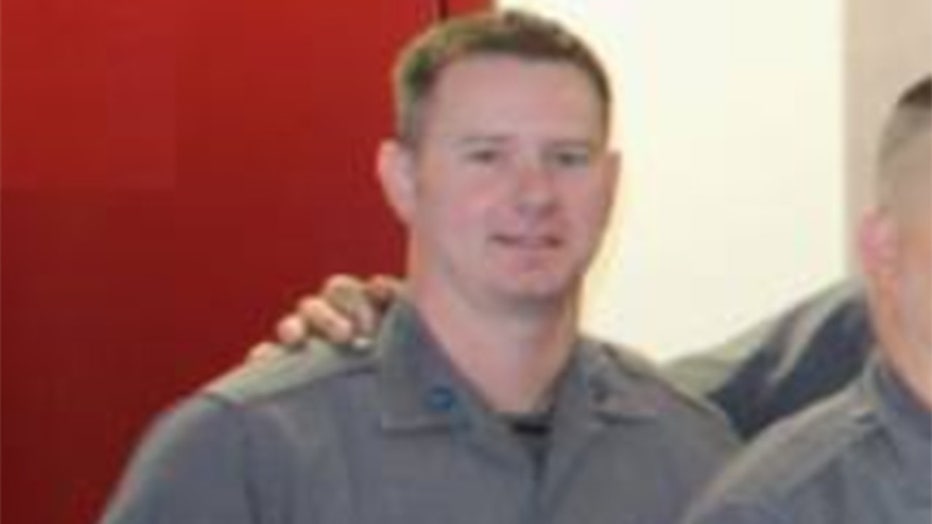 Trooper Christopher Baldner is seen in a state police photo on Facebook.

According to the indictment, Tristan Goods, Monica's father, was driving on the New York State Thruway with his wife and daughters when Baldner stopped their car for speeding. During the traffic stop, Baldner twice sprayed pepper spray into the interior of the Goods' vehicle, and Tristan Goods sped away. During the pursuit, Baldner allegedly rammed his police vehicle into the back of the Goods' car twice, causing the car to flip over.

Monica Goods was thrown from the car and died at the scene.

The indictment also alleges that Baldner similarly endangered the lives of three passengers by using his police car to ram their car in a September 2019 incident.

"Police officers are entrusted to protect and serve, but Trooper Baldner allegedly violated that trust when he used his car as a deadly weapon and killed a young girl," said Attorney General James. "While nothing will bring Monica back, we must hold law enforcement to the highest standards, which is why my office is committed to seeking justice in this case."

Thomas Mungeer, the president of the state troopers' Police Benevolent Association, said in a statement that the union sends its condolences to the family of the child who died.

"We respect the legal process and are preparing for the next step, which will be to provide legal representation to the involved Trooper, a right afforded to every American citizen tried by a jury of peers," the union head said. "As this case makes its way through the legal system, we look forward to a review and public release of the facts, including the motorist’s reckless actions that started this chain of events."