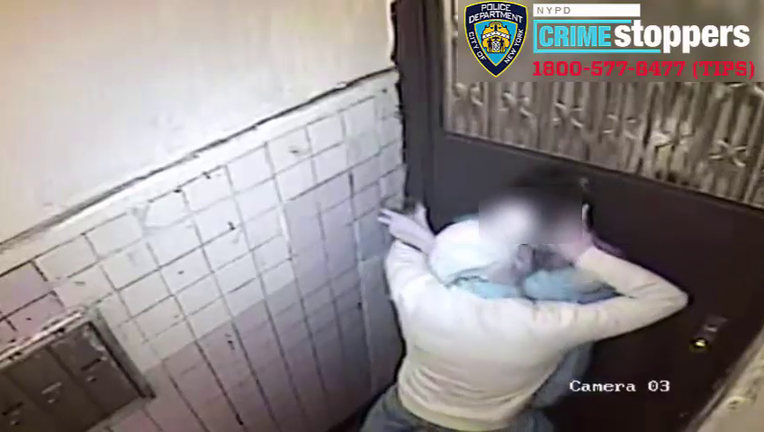 A still image from a video released by the NYPD of a disturbing sex assault in Chinatown.

NEW YORK - The NYPD is asking for the public's help finding the suspect in a disturbing sexual assault in Chinatown.

Authorities say the incident happened at around 10:30 p.m. inside a residential building located near Market Street and Madison Street on September 24.

Images released by police show the victim attempting to enter her home when the male suspect follows her into the vestibule, pins her against a wall, and begins forcibly kidding and groping the woman.

The suspect then ran away and was last seen walking east on Madison Street toward Catherine Street. 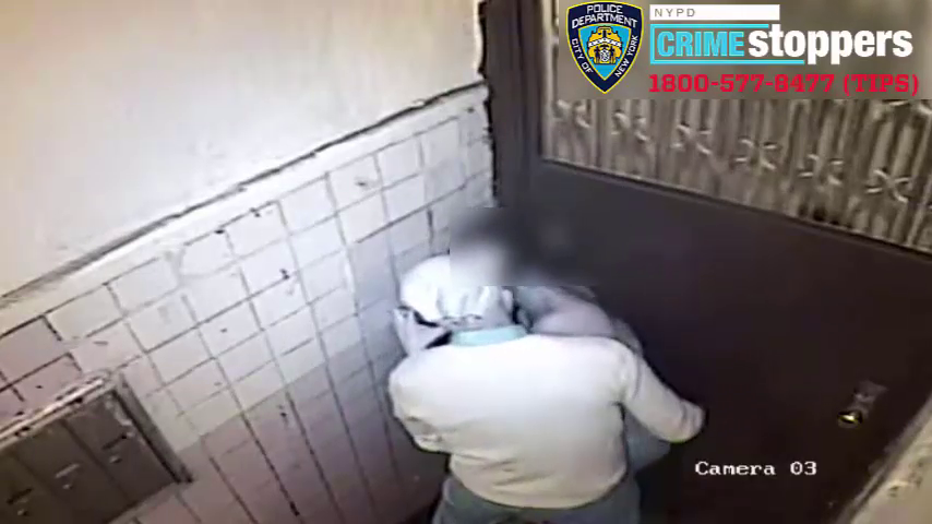 A still image from a video released by the NYPD of a disturbing sex assault in Chinatown.

The suspect is described as an adult male, standing around 5'6" tall, with a medium build, medium complexion, and bald. He was last seen wearing a beige NY Yankees baseball cap, a plaid collared shirt, a light-colored sweater, blue jeans, and black sneakers.