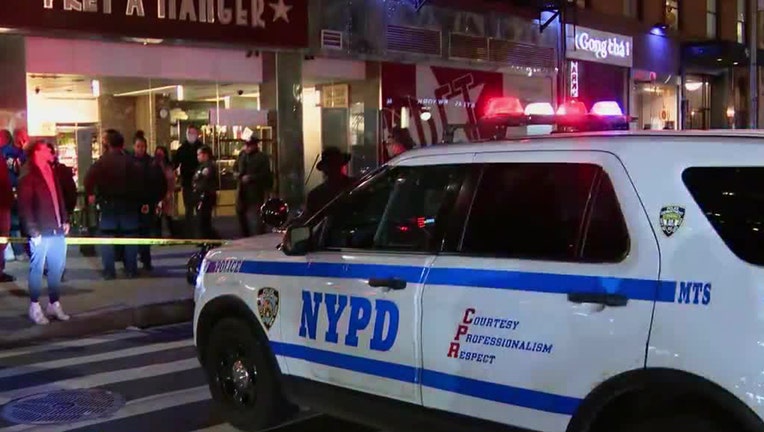 NEW YORK - The NYPD is beefing up security at synagogues across New York City in the midst of the ongoing hostage situation at a synagogue in Colleyville, Texas.

"Out of an abundance of caution, the NYPD has deployed additional resources to key Jewish locations around the city tonight," Mayor Eric Adams said in a tweet.

Authorities said a man has apparently taken hostages during services at a synagogue in Colleyville on Saturday.

At least four hostages were believed to be inside the synagogue, according to two law enforcement officials who were not authorized to discuss the ongoing investigation and who spoke to The Associated Press on the condition of anonymity. The synagogue’s rabbi was believed to be among the hostages, one of the officials said.

"My team and I are closely following the hostage situation at a Texas synagogue," Governor Kathy Hochul said. "There is no threat to New Yorkers at this time."

Police said a male hostage was released uninjured just after 5 p.m. He does not require medical attention and will be reunited with his family as soon as possible. Negotiations are continuing for the other hostages.

There have been no reported injuries at this time, authorities said.