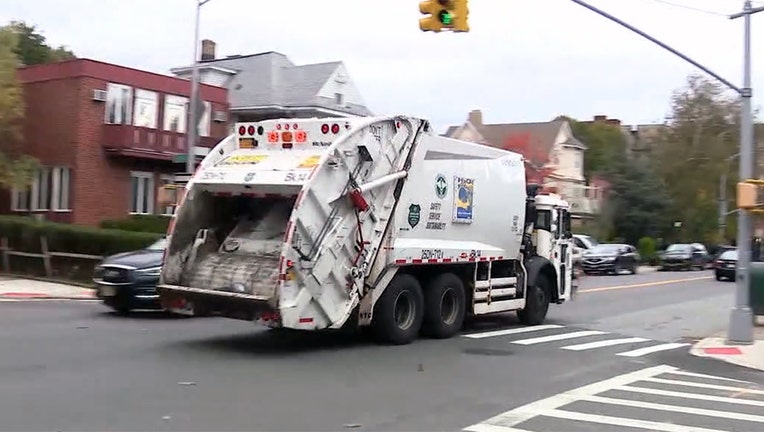 NEW YORK (AP) - New York City sanitation workers who were fired for not getting vaccinated against COVID-19 should be reinstated and given back pay, a state judge ruled in a decision released Tuesday.

Sitting in Staten Island, state Supreme Court Justice Ralph Porzio held that the city's health commissioner overstepped his authority and violated the workers' due process and equal protection rights when he barred the workers from their jobs.

Porzio also cited Mayor Eric Adams's lifting of the vaccine mandate for some private employees earlier this year — notably, athletes and entertainers — as evidence that the public worker mandate was arbitrary and unreasonable.

"There is nothing in the record to support the rationality of keeping a vaccination mandate for public employees while vacating the mandate for private sector employees or creating a carveout for certain professions, like artists, athletes or performers," Porzio wrote. "This is clearly and arbitrary and capricious action because we are dealing with identical unvaccinated people being treated differently by the same administrative agency."

Porzio rejected the city's argument that the workers' lawsuit should be dismissed because it was filed too late, instead ruling that the clock started ticking in June, when the Department of Sanitation sent letters to the workers offering them their jobs back if they got vaccinated — and not in March when Adams exempted the private sector employees.

In an emailed statement, the city's law department said it "strongly disagrees with this ruling as the mandate is firmly grounded in law and is critical to New Yorkers' public health."

Adams, a Democrat, announced last month he would lift the private-sector COVID-19 vaccination mandate on Nov. 1, but would keep it in place for public-sector employees.

The city implemented the public-sector vaccine mandate in Oct. 2021, and extended it to the private sector in December, just as the COVID-19 Omicron variant wave began claiming hundreds of lives in the city. It remains the largest place in the U.S. to have made vaccines mandatory as a workplace safety measure.