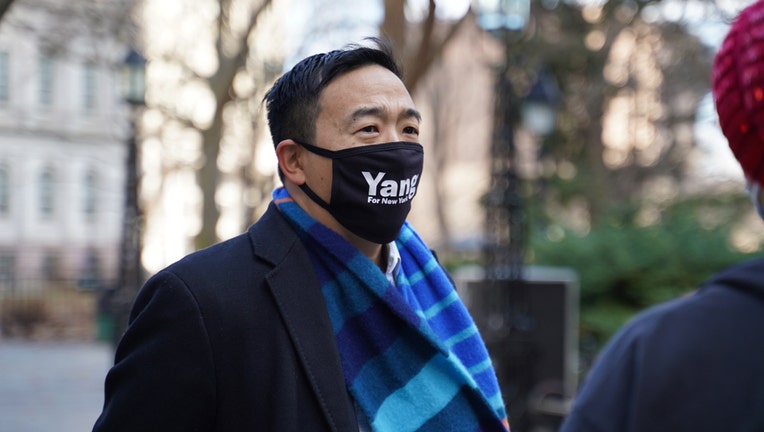 In the three-minute video, Yang, 46, is seen elbow-bumping people around New York landmarks. MC Jin raps its "dope" to be an Asian candidate.

The rap also mentions Yang's failed presidential bid: "He made the most sense during the race. Probably why they cut his mic off at the debates."

On Friday, the apparent mayoral frontrunner's campaign announced he had been hospitalized for treatment of what "appears to be a kidney stone."

He received the diagnosis after going to the hospital with pain in his abdomen. His events scheduled for Friday had been canceled.

Earlier this year, Yang announced he wanted to make New York City a "hub" for digital currencies such as Bitcoin if he is elected mayor.

"As mayor of NYC - the world's financial capital - I would invest in making the city a hub for BTC and other Cryptocurrencies."