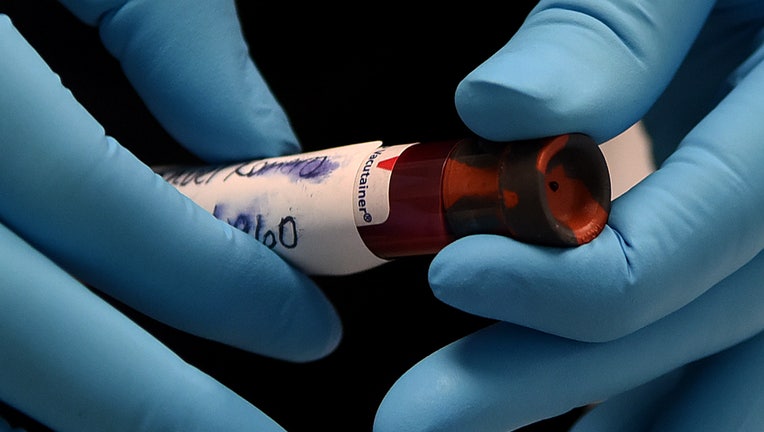 Starting next week, 70,000 tests will be available with another 70,000 tests available in early June, announced Mayor Bill de Blasio during a news conference Thursday.

Researchers have said that its unclear if antibody tests, which indicate whether a person has been infected with the virus at some point, indicate immunity or whether people who test positive for the antibodies can still be sickened by the virus. 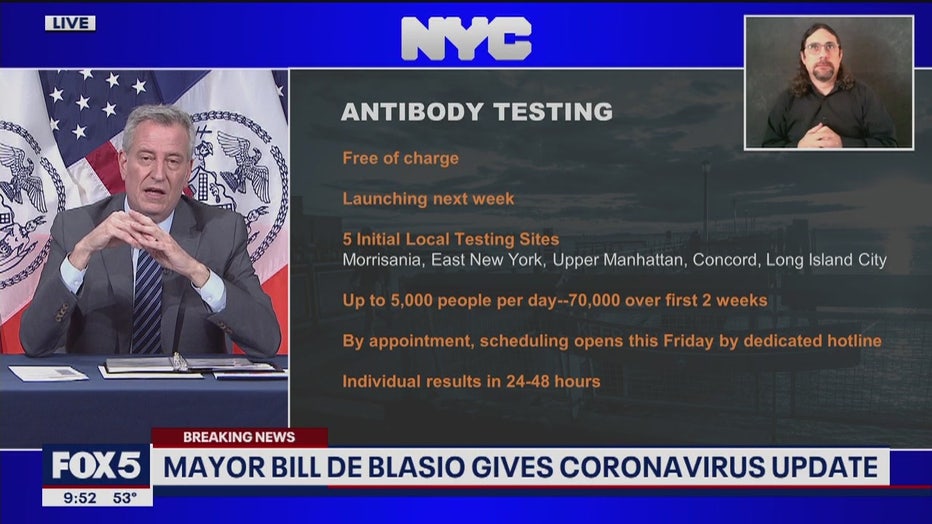 The first five sites offering the free testing will be located in the Morrisania section of the Bronx, in East New York, Brooklyn, in Upper Manhattan, in Concord on Staten Island and in Long Island City, Queens.

Priority will be given to people in the immediate areas. All tests require an appointment. Scheduling will begin Friday. A new hotline would be announced, said de Blasio.

"A test is not a perfect measure. It does not mean you do not have to wear personal protective equipment and practice social distancing."

A nurse will take a blood sample after asking for information, including where an individual lives and works. Up to 1,000 tests can be conducted at each site per day.

Results will be available in 24-48 hours.

Health officials in the U.S. and around the world have suggested the tests could be helpful in identifying people who have previously had the virus — with or without getting sick — and developed some immunity to it. But researchers haven’t yet been able to answer many questions about the tests including what level of antibodies it takes to be immune and how long that immunity lasts.

"A test is not a perfect measure. It does not mean you do not have to wear personal protective equipment and practice social distancing," said de Blasio.

The city is also expanding free testing for frontline workers at hospitals, firehouses, police precincts and correctional facilities in the weeks ahead, added the mayor.