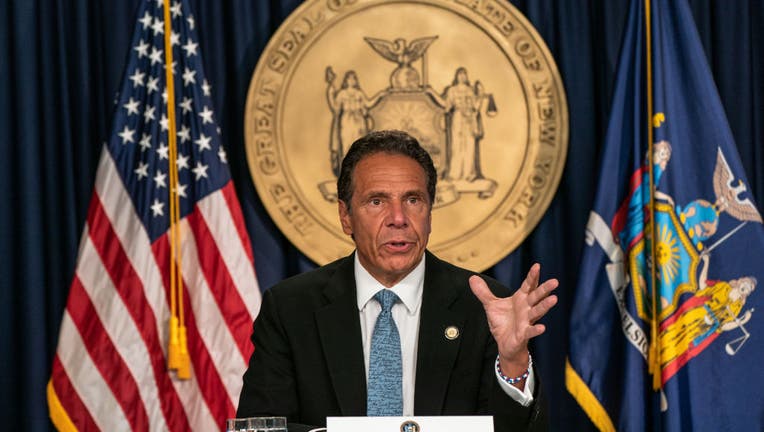 NEW YORK - New York Gov. Andrew Cuomo and other state officials have been hit with a class-action lawsuit filed on behalf of more than 1,000 wedding venues that are arguing for the right to be treated the same as restaurants, which are allowed to serve up to 50% of their maximum occupancy under the current executive order pertaining to coronavirus-related restrictions.

The owners of two New York state wedding venues are suing on behalf of the thousands of others, saying it’s only fair that they are allowed to host such events with an attendance of 50 people or more because restaurants, including those operated within their own establishments, already have permission to allow indoor dining at half-capacity, which often far exceeds the 50-person limit.

"We're not asking for the right to dance. We're not asking for the right to mingle at bars and have traditional, pre-COVID weddings, I would not win that suit – and I'm not bringing that suit,” attorney R. Anthony Rupp III, who represents the plaintiffs, said when reached by phone Tuesday. “What I am bringing is a suit that says, 'Just treat me equally. Give my wedding-goers the same opportunity as you give restaurant-goers in the same damn establishment.'"

GYMS ALLOWED TO REOPEN IN NYC

Rupp estimated there are 3,350 wedding venues – in this case, restaurant, banquet, catering and dining facilities that host weddings  – in New York that are subject to the restaurant and dining protocols imposed by the state.

In an email to FOX Business, Rich Azzopardi, a senior adviser to Cuomo, called the lawsuit “frivolous” and “dangerous.”

“Just last week 120 cases and several clusters were linked to one large wedding in Maine,” Azzopardi wrote, "now is not the time to pretend like this public health crisis is over.”

“You could have two venues: One that seats two hundred and it’s a restaurant. The next one, right next door – same exact building, same exact layout, is just a wedding venue. All week long the restaurant can serve 100 people, way more than 50 and the state would say that’s safe,” Rupp said. “But the establishment next door wants to host a wedding dinner under the same rules, maybe even with the same people, for a hundred and they can’t do it – they’re restricted at 50.”

The plaintiffs argue in the court papers that barring these businesses that host weddings from doing so deprives them of their equal protection under the 14th Amendment because “there is no material difference between hosting weddings or the general public for restaurant service.”

“The laws are supposed to apply equally, to equally situated people,” Rupp continued. “You can’t take a whole class of people and say, ‘Well, we think you’re likely to break the rules.’”