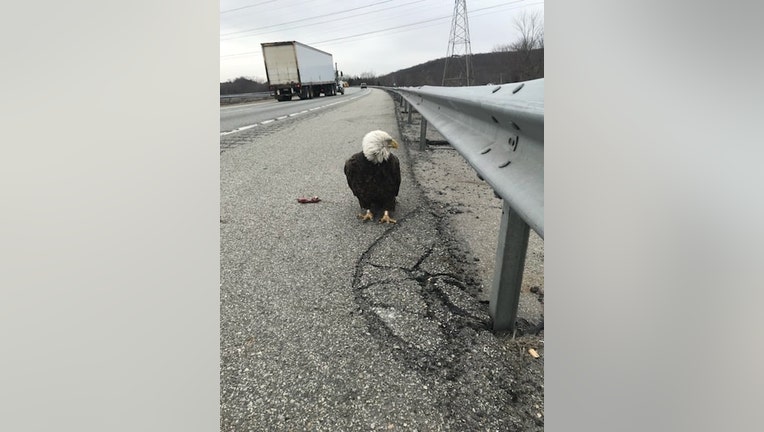 A driver contacted the Middletown barracks to report the injured bird on the side of State Route 17 in the Orange County town of Blooming Grove.

Trooper Bryan Whalen responded saw that the eagle appeared to be noticeably injured.

Trooper Whalen used his division-issued jacket and a K9 Trooper’s bite sleeve to corral the eagle and safely put it into a kennel that was provided by the Warwick Valley Animal Rescue.

The eagle was transported to a rehab facility in New Paltz for further care.