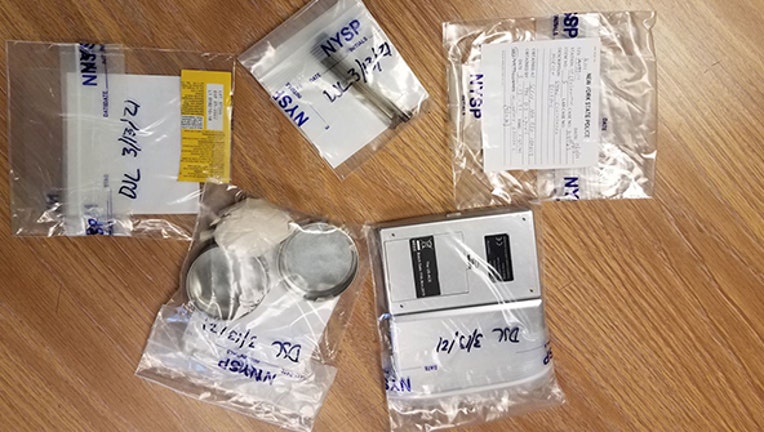 COLUMBIA COUNTY, N.Y. - New York state troopers who pulled over a motorist near the Massachusetts border on Saturday afternoon said she had a large stash of illegal opioids and other drugs inside the car.

The New Lebanon-based troopers searched the car and found about 49 grams of fentanyl, small amounts of crack cocaine, some opiates, the overdose-reversal drug naloxone, and equipment used to measure illegal drugs, police said.

Police arrested the 39-year-old woman who was behind the wheel of the 2014 Chrysler 200. She is from Pittsfield, a town in western Massachusetts, police said.

Authorities charged her with two counts of third-degree criminal possession of a controlled substance, including one count with intent to sell, a felony. She was arranged and released, police said.

Fentanyl is a highly addictive synthetic opioid that can be 100 times stronger than morphine. Fentanyl that shows up on the illegal drug market is often used to cut heroin or disguised as heroin, according to the DEA, which claims that one gram can, theoretically, kill hundreds of people.