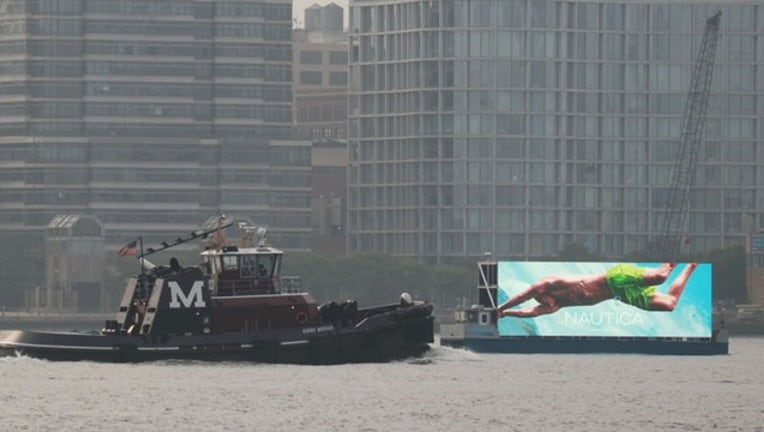 An advertising sign boat passes a tugboat as they sail in the Hudson River in New York City on August 18, 2019 as seen from Hoboken, New Jersey. (Photo by Gary Hershorn/Getty Images)

New York Gov. Andrew Cuomo, a Democrat, signed the ban into law on Tuesday, calling the signs an eyesore.

It applies to any digital billboard or floating sign that uses flashing, intermittent or moving lights.

One of the lawmakers behind the ban, Sen. Brad Hoylman of Manhattan, says billboards belong in Times Square, not in the state's waterways.

The CEO of one floating sign company says he's disappointed by the ban but his company plans to continue using signs that it believes are allowed under the new law.