A novice pilot on a joyride with his father-in-law was forced to make an expert landing on a North Carolina freeway after the plane's engine failed over Independence Day weekend.

Marine Corps. veteran Vince Fraser appeared on Fox News on Monday and said the entire ordeal, from losing power at 5,000 feet to landing safely, lasted just a handful of minutes. Fraser had to fly under power lines and over cars on the freeway in order to make the safe landing.

"When I was coming down, and I saw those power lines and I saw the cars I almost had an out-of-body or out-of-plane experience," Fraser told Fox News. "I was just trying to observe and take everything in and make adjustments, and just not hit anybody or kill ourselves."

Fraser says the airplane was inspected following the incident and the engine failure was traced to a plugged fuel line in the wing. Once fixed, the plane was deemed safe and Fraser was free to fly it again. 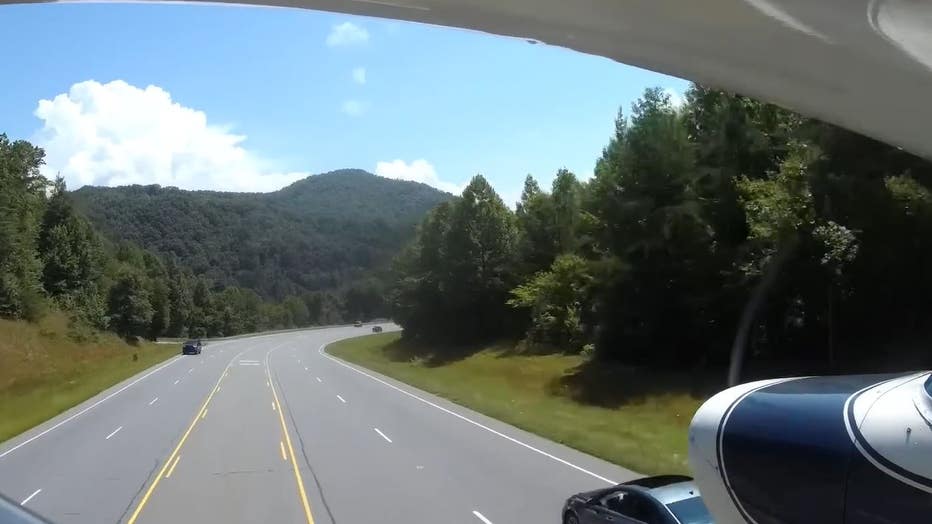 A novice pilot managed to stick an expert landing on a freeway following engine failure. (Photo courtesy of Vincent Fraser)

Fraser then made a seven-minute flight to a larger airport nearby, where it is undergoing a more thorough inspection.

"There were so many things that could have been catastrophic, but they didn't happen," Cochran wrote.

Police say Fraser's plane came to a came to a complete stop right in front of a stop sign after traffic slowed down behind it.