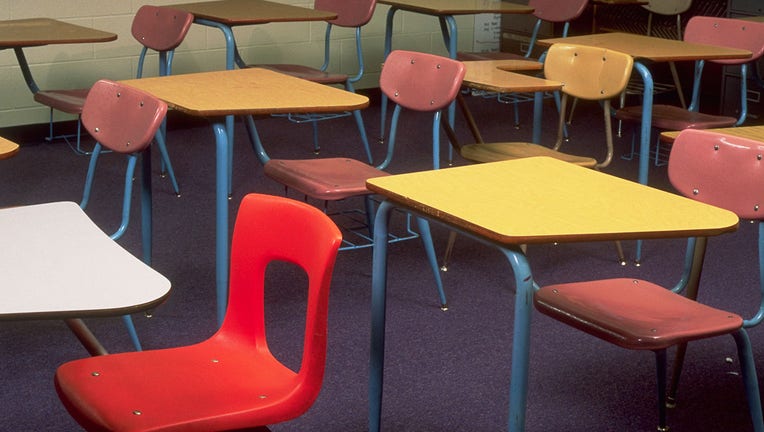 NEW YORK - Black students were allegedly "sold" at a mock "slave auction" by their white classmates at a North Carolina school.

Ashley Palmer, a mother of a child in the school, posted about the shocking incient on Facebook at a school in Chatham County.

"Our son experienced a slave auction by his classmates and when he opened up we were made aware that this type of stuff seems to be the norm so much that he didn’t think it was worth sharing," Palmer wrote.  "His friend ‘went for $350’ and another student was the Slavemaster because he ‘knew how to handle them.'  We even have a video of students harmonizing the N word. Since when were children so blatantly racist? Why is this culture acceptable?"

It appeared that the "slave auction" did not take place in a classroom setting.

She updated the situation a few days later that the students involved only received a 1 day suspension for their actions.

On Monday Palmer took part in a news conference with a local civil rights group and then met with the Chatham County Assistant Superintendent.

The superintendent also apologized for the incident and ordered changes to prevent similar activities from happening again.

At Monday's board of education meeting he made recommendations for immediate policy revisions, training, and additional resources in response the "recent racial incidents in the district."

On Tuesday Palmer posted a follow-up stating:  "The overwhelming community support and willingness of CCS leadership helped pass policies last night that were a great step in the right direction to help aid in the accountability required in our schools."

This is not the first time a school has come under fire for a similar incident.

In 2017, parents at a New Jersey school were outraged after white students held a reenactment of a slave auction of a Black child during class.

A spokeswoman for the South Orange Maplewood school district blamed a substitute teacher who was in charge of the class at the time.

In 2019, a school in Westchester County, NY agreed to make changes after two incidents of a mock slave auction held there.

A teacher at the Chapel School, a private Lutheran school, allegedly asked all the African-American students in her two fifth grade social studies classes to raise their hands, and then instructed them to exit the classroom and stand in the hallway.

The teacher then placed imaginary "shackles" on the students', necks, wrists and ankles, according to a report issued by State Attorney General Letitia James.

Black students were told to line up against a wall. The teacher then pretended to hold a slave auction in front of the class.

The teacher was fired following the state investigation.