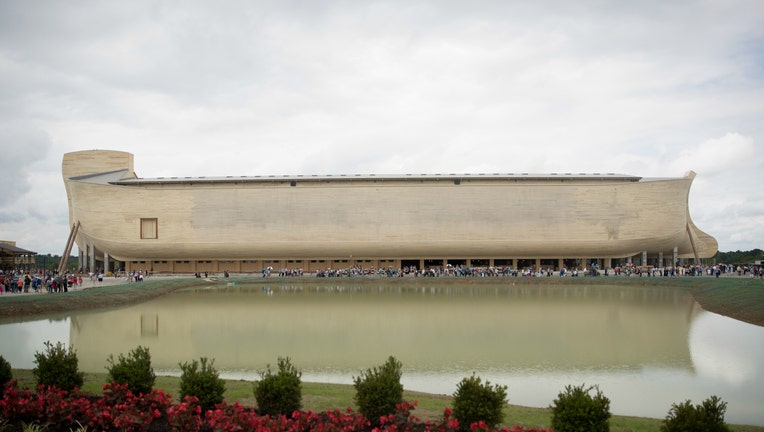 WILLIAMSTOWN, Ky. - A Bible-themed attraction in Kentucky that features a 510-foot-long (155-meter-long) wooden Noah’s ark is planning to begin fundraising for an expansion.

The Ark Encounter said Wednesday that it would take about three years to research, plan and build a "Tower of Babel" attraction on the park's grounds in northern Kentucky.

A release from the Ark Encounter park said the new attraction will "tackle the racism issue" by helping visitors "understand how genetics research and the Bible confirm the origin of all people groups around the world." No other details were given on the Babel attraction or what it might look like.

Answers in Genesis, the ministry behind the ark, raised private funds to construct and open the massive wooden attraction in 2016. The group preaches a strict interpretation of the Earth's creation in the Bible. The group also founded The Creation Museum, which asserts that dinosaurs walked the earth just a few thousand years ago, millions of years after scientists say they went extinct. That facility is just south of Cincinnati in Boone County, Kentucky.

The Ark Encounter's expansion plans also include an indoor model of "what Jerusalem may have looked like in the time of Christ."

The Ark Encounter said attendance is picking up after the pandemic lull in 2020, with up to 7,000 visitors on Saturdays, according to the news release.