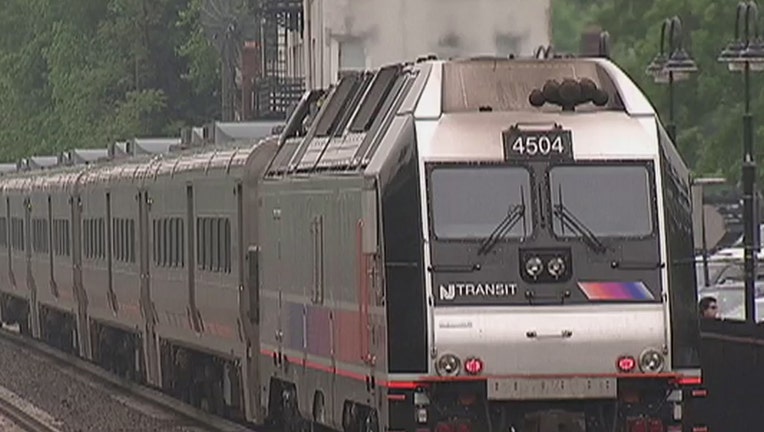 An NJ Transit train is seen in this file image.

NEW JERSEY - The nation's third-largest transit system is poised to welcome several new board members as it continues to face commuter ire over delays and cancellations and struggles to complete a federally required safety system by year-end.

New Jersey Transit holds its monthly board meeting Wednesday night. The new members include Robert Gordon, a former state senator who was deeply involved in oversight of the troubled transit system, and Cedrick Fulton, a former high-ranking official with the Port Authority of New York and New Jersey and New York's Metropolitan Transportation Authority.

NJ Transit's board hasn't had a full complement of members for several years. As part of reform efforts under Democratic Gov. Phil Murphy, the state Legislature in 2018 mandated the board be expanded to 13, five more than its charter previously required.

The new members join a system that is grappling with commuter frustration over train delays and cancellations. In December, the Federal Transit Administration released data showing NJ Transit had the most train breakdowns of any system in the country.

NJ Transit's own data, updated monthly under a 2019 executive order by Murphy, have shown improvements over the last year in the number of train cancellations. Many of the cancellations were because trains had to be taken out of service in order to be fitted with positive train control, the federally mandated emergency braking system that must be implemented by Dec. 31. That has been a less frequent cause of cancellations as more trains have been equipped with the system.

An engineer shortage continues to plague the agency, however; statistics through December showed a steep drop from the summer when vacations and unexcused absences spiked, but an uptick in the final three months of the year. More than 300 trains were canceled in December overall, the highest number since July.

The same data showed that in only one month since January 2017 has NJ Transit rail service met the agency's goals of 94.7% system-wide on-time performance, defined as within six minutes of schedule.

The last of several new classes of engineers are expected to graduate this spring to help address the shortage.

The implementation of positive train control, required of all U.S. railroads by the end of this year, poses a mounting challenge. Testing on NJ Transit revenue service — trains carrying actual passengers — was supposed to begin last July but has been delayed by a software problem.

A state audit released two weeks ago cast doubt on whether NJ Transit will meet a Dec. 31 deadline. If it doesn't, it could face heavy fines and possibly be barred from operating on Amtrak's infrastructure, which NJ Transit uses to carry tens of thousands of daily commuters into and out of New York.

Commuters did receive some good news this week when federal transportation officials gave a favorable rating to a long-delayed project to build a new rail bridge over the Hackensack River between Newark and New York. The current, 109-year-old span swings open to allow boats to pass underneath and has been a regular source of delays when it fails to close properly.