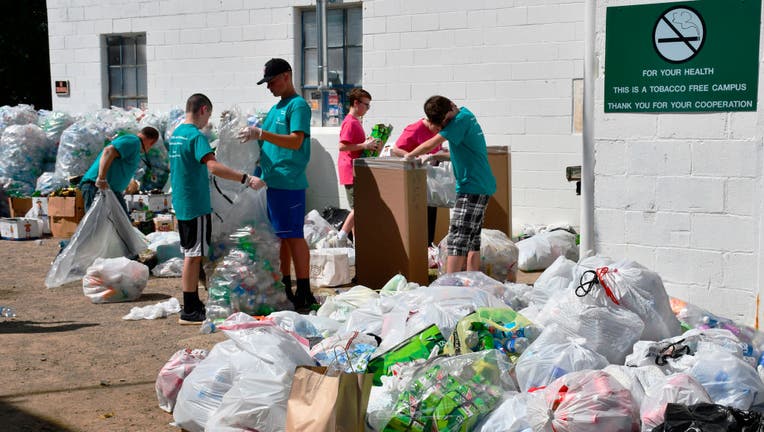 TRENTON, N.J. (AP) — Legislation to phase out and then prohibit single-use plastic and paper bags along with plastic foam containers is back again in New Jersey after failing to advance in the Legislature's last session.

The Senate Environment and Energy Committee advanced the bill to the Senate floor last week. The bill advanced with Democratic support and Republicans abstaining.

The development comes just weeks after an earlier version of bill failed to make it to Democratic Gov. Phil Murphy's desk at the end of the previous session. The Senate passed the bill on a party-line vote, but the Assembly never took the measure up.

A closer look at the changes the measure proposes and how it would compare to other states' rules:

WHAT'S ON THE CHOPPING BLOCK?

New Jersey is targeting single-use plastic bags, the kind used in grocery and other stores. The bill's authors also say New Jersey is blazing a trail by proposing to prohibit paper carryout bags as well, though Hawaii has a de facto ban on paper bags that are not made of at least 40% recycled material. The bill also aims to prohibit plastic foam, often called Styrofoam, which has a number of applications — from coffee cups to containers for carryout food. The legislation also targets plastic straws but doesn't ban them. Instead, it requires businesses to offer them only on request.

WHEN WOULD THE BAN GO INTO EFFECT?

The latest Senate bill calls for phasing out the products within 18 months. A prior bill set the phase-out at two years, but legislators have said they thought the time frame was too long.

WHAT ABOUT OTHER STATES?

Eight states have already banned single-use plastic bags. They are California, Connecticut, Delaware, Hawaii, Maine, New York, Oregon and Vermont. Some states, though, have gone in the other direction. Fifteen states have passed bills to preempt local governments from prohibiting plastic bags, according to the National Conference of State Legislatures.

WHAT ARE THE BILL'S PROSPECTS?

The legislation advanced through a committee in the Democrat-led Senate, but the Democrat-led Assembly hasn't moved it yet. Kevin McArdle, a spokesman for Assembly Democrats, said lawmakers are negotiating “to produce the fairest and most responsible bill possible.” The governor's office declined to weigh in on the legislation. Democratic Assemblyman John McKeon, who was one of the bill's sponsors last session, said he supports the Senate's bill but believes that the paper-bag ban is a a sticking point for some.

Supporters include environmental groups, which say the bill will go a long way to remove toxic plastics clogging waterways. They argue it would also limit the risk of exposure to plastics that could get into the bloodstream through foam plastic food containers. Opponents include industry groups like chemical manufacturers and skeptics such as grocery stores, which say the bans will make New Jersey an outlier compared to other states and increase costs to consumers because replacements will need to be found and implemented.