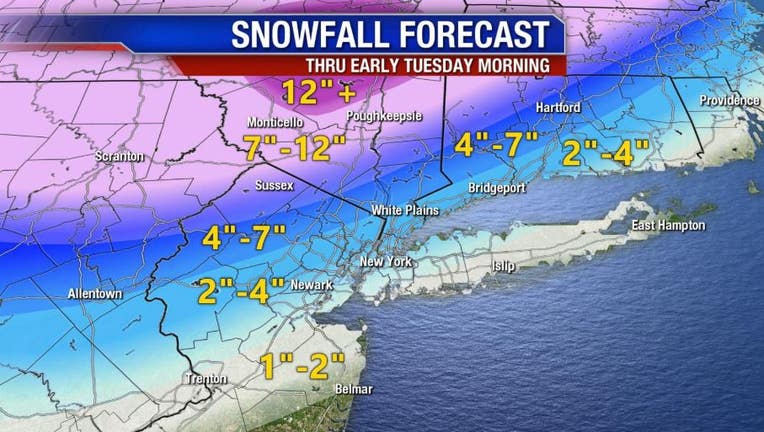 The region could see as little as an inch of snow to the south and more than a foot in the northern areas.

A wet ride into work was expected to change to snow throughout the day. The areas hardest hit would depend on a narrow band of heavier snow that forecasters were still trying to track.

Some schools closed and others dismissed students early.