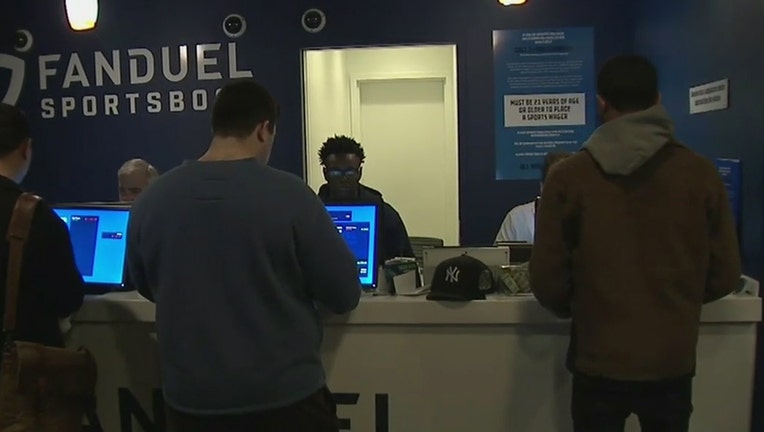 ATLANTIC CITY, N.J. (AP) - New Jersey's sports betting industry became the first in the United States to take in more than a billion dollars' worth of bets in a single month, in September, as football season sent more gamblers to sportsbooks and, crucially, their phones, according to figures released Monday.

Figures from the New Jersey Division of Gaming Enforcement show Atlantic City's nine casinos and the three racetracks that take sports bets collectively took $1.01 billion worth of wagers on sports last month, setting a new monthly record for both the state and the nation.

Of that lofty total, over $82 million was kept by the casinos and tracks as revenue after winning bets and other expenses were paid. The Meadowlands Racetrack in East Rutherford, near New York City, accounted for half that total.

September was a good month for New Jersey's gambling industry overall, with total casino, internet and sports betting revenue up over 40% from a year ago, to $453.5 million.

New Jersey won a U.S. Supreme Court case in 2018 clearing the way for all 50 states to offer legal sports betting, and more than half the country now allows it.

Since then, New Jersey has been near or at the top of the nationwide sports betting industry. The previous national record for the most money bet on sports in a single month also came from New Jersey, which saw $996 million wagered on sports in December 2020.