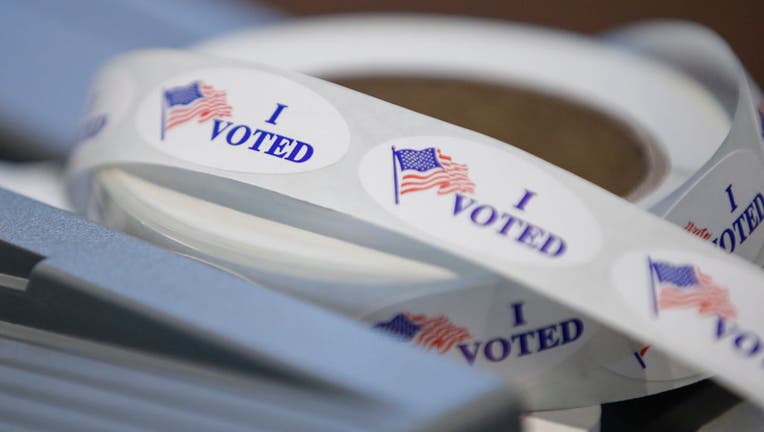 I voted stickers sit on a table during a presidential primary election at the Journey Church in Kenosha, Wisconsin, on April 7, 2020.(Photo by KAMIL KRZACZYNSKI / AFP)

Murphy said the extra time will give officials a chance to evaluate whether the state needs to go to an all-mail election, which he noted has never been done before. He said the possibility of a mail-in only election for the primary was on the table.

“Our democracy cannot be a casualty of COVID-19. We want to ensure that every voter can vote without endangering their health or their safety," said Murphy, a Democrat.

Murphy specifically pointed to the election in Wisconsin that was held Tuesday despite the governor's efforts to delay it. The state's Supreme Court disagreed with delaying the election.

New Jersey shouldn't become Wisconsin “where folks had to pick between exercising their right to vote on the one hand and protecting their personal health," Murphy said.