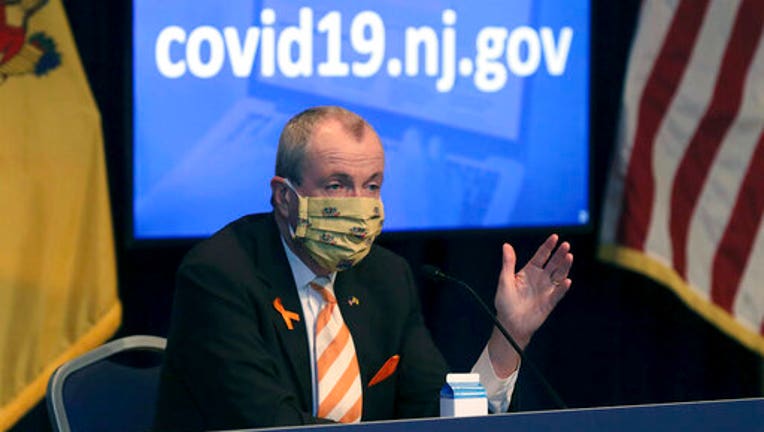 TRENTON, N.J. - New Jersey Gov. Phil Murphy responded to critics Monday who thought he should not have attended a rally and vigil over the weekend as part of the worldwide police brutality protests because of the state's coronavirus directives.

The rallies came as the state continued emerging from Murphy's stay-home order in March that aimed to help contain the virus pandemic. Many of the protests, including the two attended by Murphy, far exceeded the 25-person limit on gatherings.

But Murphy, a Democrat, said injustices stemming from slavery and racism warrant such rallies. He has said people should be careful and still wear masks while protesting.

At his daily briefing Monday, Murphy called the protests part of “one of the most profound moments in the history of our country” and that while public health is of vital importance, “I can’t imagine what it would look like if we told people, ‘You have to ignore systemic racism, just stay inside, you can’t go out and voice your rightful anger.’ I can’t imagine what that looks like.”

He also attended a vigil organized by Westfield High School junior Nala Angella Scott, who invited him in writing.

In a letter Monday to the head of the state police, GOP Assemblyman Jay Webber asked the state police superintendent to issue a summons to Murphy for violating his own executive order. GOP state party chairman Doug Steinardt said Murphy was picking “winners and losers" by blurring the line between protests “worthy of participation and those deserving of prosecution.”

Murphy said Monday that the two rallies were the first public events he'd attended since he underwent surgery to remove a tumor on his kidney in early March. He also has taken tours of hospitals during the pandemic and gone jogging, he said.

“We’ve gone through hell and the last thing we need to do is to go through hell again,” he said. “I would say I think we can say both, that this is an extraordinary moment in our nation's history and we have to be vigilant about public health.”

The rallies, which started first in the United States and spread around the world, followed the death of George Floyd in Minneapolis.