The National Highway Traffic Safety Administration is launching multiple safe driving campaigns in partnership with local law enforcement with hopes to deter impaired driving ahead of one of the busiest travel seasons in America.

According to the NHTSA, the days after Thanksgiving are "known for being the deadliest season when it comes to buzzed driving. Every holiday season, lives are lost due to drunk drivers."

The NHTSA campaigns that will launch, with help from local law enforcement, include:

Millions of people are expected to hit the skies and the roads this year as travel restrictions are lifted and preventative health measures have relaxed.

AAA predicts 53.4 million people plan to fly or drive for the Thanksgiving holiday which is up 13% from 2020, according to an AAA news release. 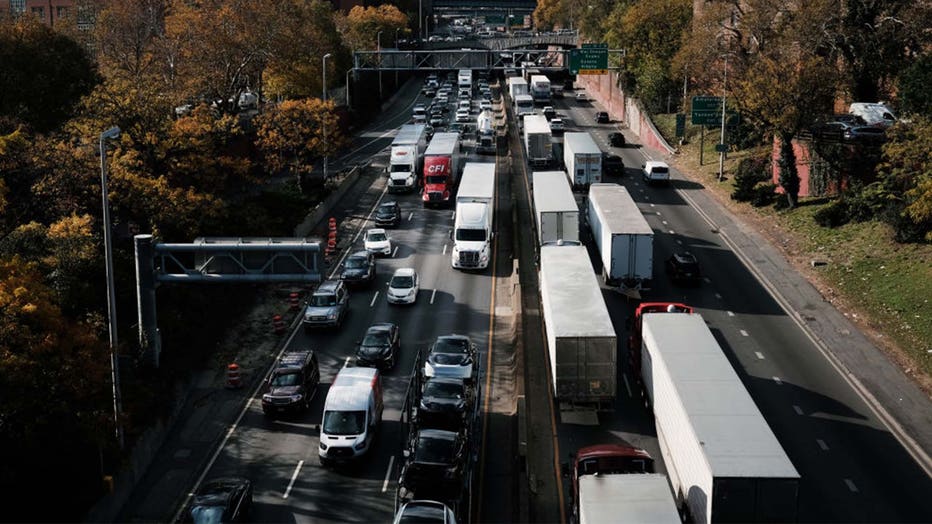 "This Thanksgiving, travel will look a lot different than last year," said Paula Twidale, senior vice president, AAA Travel. "Now that the borders are open and new health and safety guidelines are in place, travel is once again high on the list for Americans who are ready to reunite with their loved ones for the holiday."

In December 2019, 837 people lost their lives in traffic crashes involving a drunk driver, data collected by the NHTSA revealed.

A total of 210 drunk-driving-related fatalities were reported between Christmas Eve 2019 and the day after New Year’s 2020 alone, which is more than during any other holiday during 2019, according to the NHTSA.

"Approximately one-third of all traffic crash fatalities in the United States involve drunk drivers (with blood alcohol concentrations [BACs] at or above .08 grams per deciliter [g/dL]). In 2019, there were 10,142 people killed in drunk-driving crashes," the NHTSA reported.

Based on NHTSA’s 2019 data, one person was killed every 52 minutes in a drunk-driving crash in the United States.

"Always remember to plan ahead if you will be celebrating. If you plan to drink, plan for a sober driver to take you home. Is it your turn to be the designated driver? Take that role seriously and do not consume alcohol, not even one drink," the NHTSA advised.

The agency, along with local law enforcement, will also be enforcing its "Drive high. Get a DUI" campaign which targets drivers who travel under the influence of marijuana or any sort of substance that impairs a person's ability to drive.

Data collected by the NHTSA from 2019 revealed that 46% of drivers who were killed in car crashes tested positive for some sort of drug that impaired their driving ability.

Some local law enforcement have already announced plans to begin ramping up traffic enforcement beginning the day before Thanksgiving.

The Texas Department of Public Safety (DPS) will increase enforcement on the roads from Wednesday, Nov. 24, through Sunday, Nov. 28 as a part of the nationwide Operation CARE (Crash Awareness and Reduction Effort) initiative.

Texas DPS participates annually in the nationwide Operation CARE (Crash Awareness and Reduction Effort) initiative for the Thanksgiving holiday, according to a Monday news release.

"This Thanksgiving more people will be out and it’s important to remember it’s up to each one of us to keep the roads safe," said DPS Director Steven McCraw. "DPS will do its part to keep Texas safe by holding people accountable, and we want everyone who may be driving for the holiday to do their part by obeying all traffic laws, so everyone gets to their destinations unharmed."

The California Highway Patrol will be kicking off its Maximum Enforcement Period (MEP) at 6:01 p.m. local time, beginning on Wednesday, Nov. 24, according to a CHP news release.

"Wherever you choose to celebrate this Thanksgiving, drive safely," CHP Commissioner Amanda Ray said. "When getting behind the wheel, make certain you and all your passengers buckle up before heading out, and remember to always avoid distractions."

FOX 7 Austin contributed to this report.