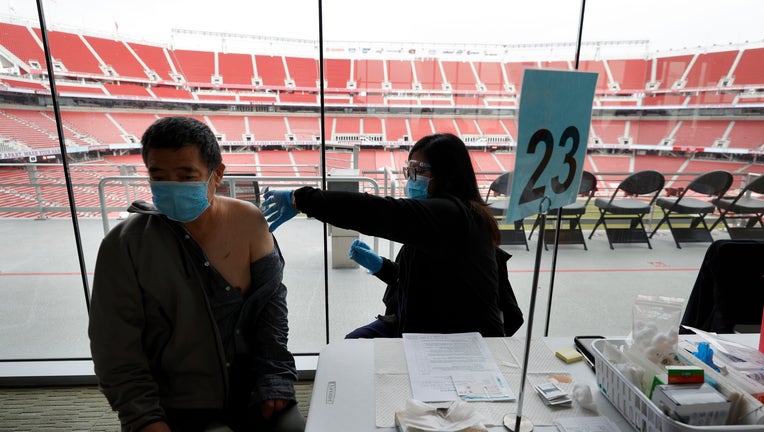 The NFL announced Wednesday that more than 2 million COVID-19 vaccinations have been administered at its stadiums and facilities since starting the campaign earlier this year.

The league’s effort came after NFL Commissioner Roger Goodell sent a letter to President Joe Biden in February. Goodell told the president he would commit the NFL and its teams to helping with vaccination efforts.

"To that end, each NFL team will make its stadium available for mass vaccinations of the general public in coordination with local, state, and federal health officials," Goodell told Biden.

New COVID-19 guidelines for NFL team for the upcoming season amid the pandemic.

According to the U.S. Centers for Disease Control and Prevention, more than 73 million Americans have been fully vaccinated, representing 22.7% of the country’s total population.

But vaccination efforts hit a road bump this week. The CDC’s advisory panel will meet Wednesday to discuss reports of rare but severe blood clots among a handful of people who received the Johnson & Johnson COVID-19 vaccine.

The Advisory Committee on Immunization Practices (ACIP) is scheduled to review data on six cases of clotting in the United States. All cases were in women between the ages of 18 and 48, who experienced symptoms roughly six to 13 days after getting the shot. Officials said one of the patients had died and another was in critical condition.

In a statement, J&J said it would pause its ongoing vaccine trial as a result of the reports.

"The safety and well-being of the people who use our products is our number one priority," the drugmaker said in part. "We are aware of an extremely rare disorder involving people with blood clots in combination with low platelets in a small number of individuals who have received our COVID-19 vaccine."

Kelly Hayes contributed to this report. This story was reported from Los Angeles.