The annual 2022 United Van Lines National Movers study is out! But it wasn't good news for New Jersey or New York.

NEW YORK - The annual 2022 United Van Lines National Movers study is out but it wasn't good news for New Jersey or New York.

The Garden State ranked first on the list of Most Moved From States, with New York listed as third. 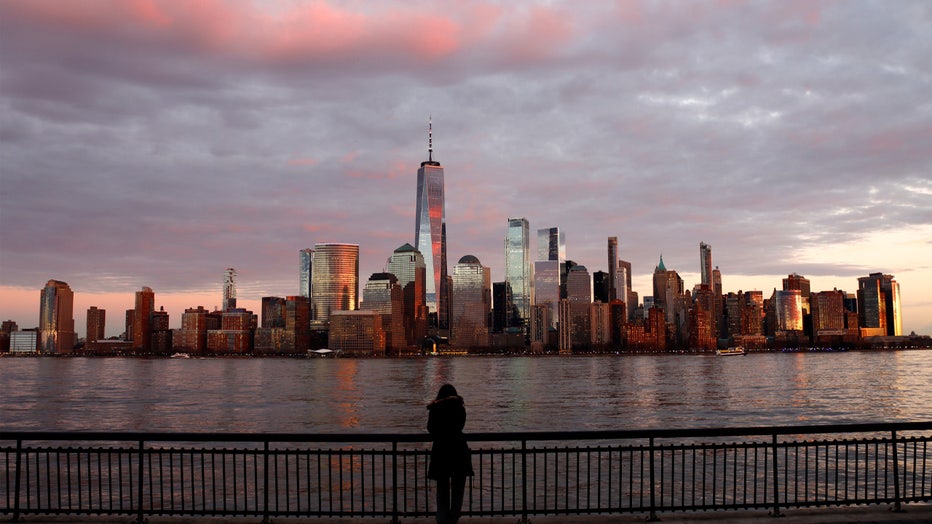 JERSEY CITY, NJ - JANUARY 1: The sun sets in the skyline if lower Manhattan and One World Trade Center in New York City on January 1, 2023, as seen from Jersey City, New Jersey. (Photo by Gary Hershorn/Getty Images) 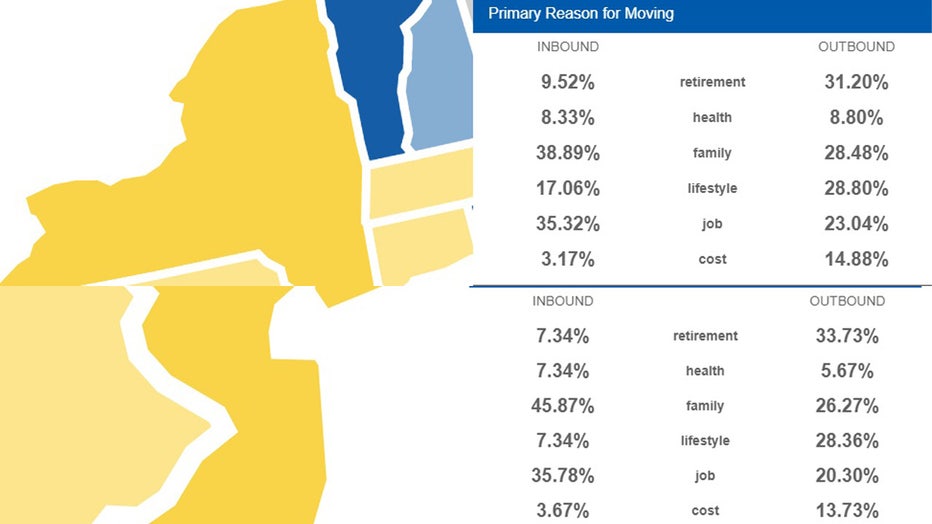 In 2022, more residents moved out of New York than into the state, with 62% of moves being outbound. The top motivations for outbound moves from New York include retirement, lifestyle change and cost of living.

"The United Van Lines study encompasses data that Americans are now moving from bigger to smaller cities, mostly in the South, some in the West, but even an increase of migration to the Northeast, which has not been typical."

— Michael A. Stoll, economist and professor at UCLA

In New Jersey, for the fifth consecutive year, the study found more residents moved out of the Garden State than any other state, as 67% of New Jersey moves were outbound, which is down from the five-year trend of 70%.

The study and survey also revealed more Baby Boomers and Gen Xers moved than any other age group last year. People ages 55 and older accounted for more than 55% of all inbound United Van Lines moves in 2022. 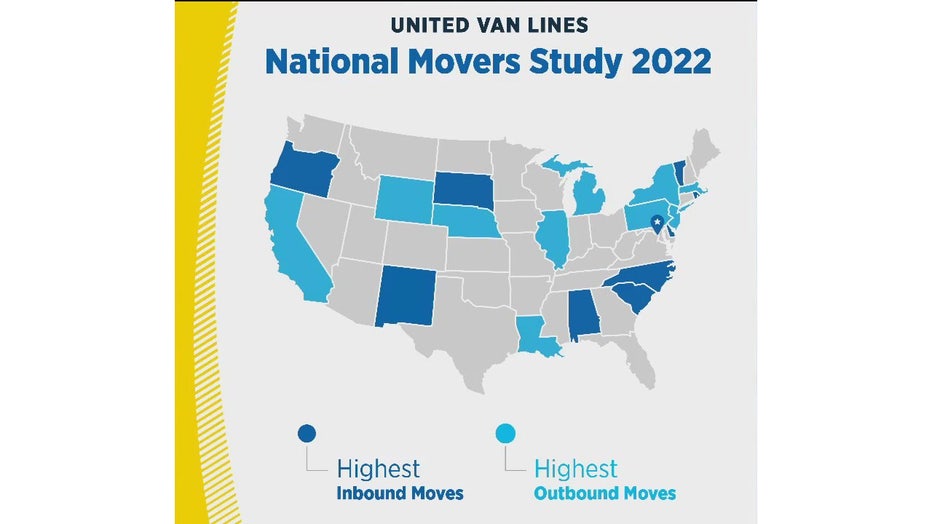 Vermont saw the highest percentage of inbound migration for the second consecutive year.

"As a result, the study underscored that Americans are moving from expensive cities to lower-density, more affordable regions."

The survey shows the top motivations for inbound moves include a desire to be closer to family, a new job/company transfer and retirement.