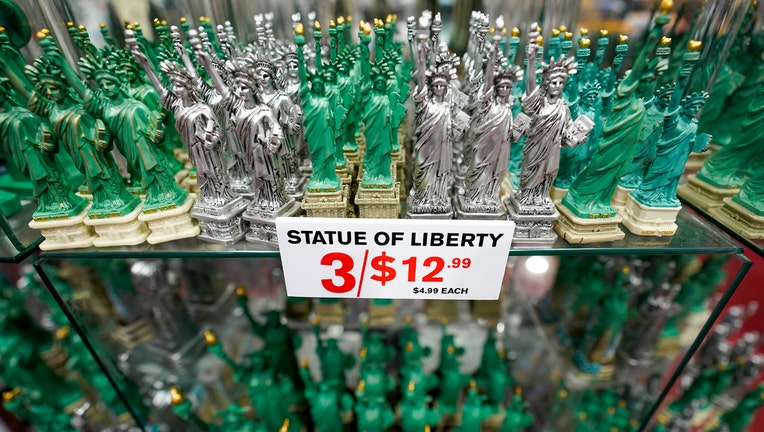 NEW YORK (AP) - In souvenir shops from Times Square to the World Trade Center, shelves full of T-shirts and trinkets still (heart) New York. But the proprietors wonder when their customers will, again.

The coronavirus pandemic has taken a voracious bite out of a slice of New York life as recognizable as a piece of pizza: the gifts-slash-luggage-and-sometimes-slash-electronics stores that dot tourist-friendly areas, offering Statue of Liberty figurines, toy taxis, NYPD ballcaps, Big Apple fridge magnets and anything and everything emblazoned with the famous "I (HEART) NY" logo. The memento markets are enough of a New York institution that a recent "Saturday Night Live" skit was set in one.

Like the miniature-skyline snow globes they sell, the shops are a microcosm of a city that has thrived on drawing visitors from around the world and now is feeling their near-absence.

"It's a fight for survival," Ali Zaidi said one recent morning at his shop two blocks from the World Trade Center. And with coronavirus cases rising and winter approaching, what would normally be the build-up to a busy holiday season instead is "getting worse and worse, day by day."

The pandemic has devastated many businesses that rely heavily on visitors coming to New York.

Before the pandemic, his Broadway Gifts store generally got hundreds of customers a day — many tourists, but also local office workers looking for gloves, cell phone chargers or other practical items, he said. Now, with few out-of-town visitors and many locals still working from home, an average day might bring 25 to 50 people and $300 or less in sales, a small fraction of business as usual, says Zaidi, who has another souvenir store in midtown Manhattan.

After being closed for more than three months after the city shut down nonessential retail in March, Zaidi says he's used all the business' savings to keep it going, while getting some breaks from his landlords and keeping his staff as small as possible — it's just him and three relatives. Still, he had to cut back sharply on ordering Christmas merchandise, he said. 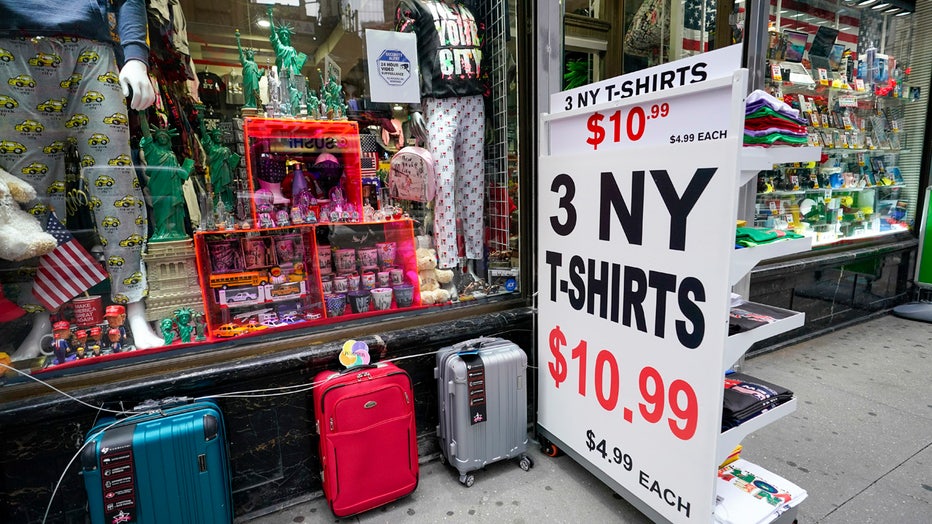 "I wish I could provide more to my customers, so they could have a nice Christmas with nice ornaments on their trees," said Zaidi, who says he's in the business not just for a livelihood, but because selling gifts "brings joy to others."

Nonetheless, he says he's "very optimistic" that the pandemic will eventually be quashed and business will recover.

"We have to give positive energy in the city to bring it back to life," Zaidi said.

After setting records year after year since 2010, travel to the United States' biggest city has plummeted since the pandemic shuttered Broadway theaters, closed many other attractions for months and ushered in federal bans on some foreign visitors and New York quarantine rules affecting many interstate arrivals.

City tourism agency NYC & Co. is now projecting visitors will total about 23 million this year, an "unmatched drop" from over 66 million last year, though the agency forecasts the numbers will rebound to reach new records by 2024. Hotel occupancy is currently down about 80% from normal, and traffic at metro area airports about 75%, according to the Hotel Association of New York City and the Port Authority of New York & New Jersey.

In souvenir shops around Times and Herald squares, browsers were scant on a recent midday afternoon. Workers spoke of trimmed-down staffs and, in some places, hours passing between sales.

A bit farther south, near the landmark Flatiron Building, Alper Tutus sported a "New York tough" face mask as he surveyed the wares he has curated during 35 years in the electronics and souvenir business. 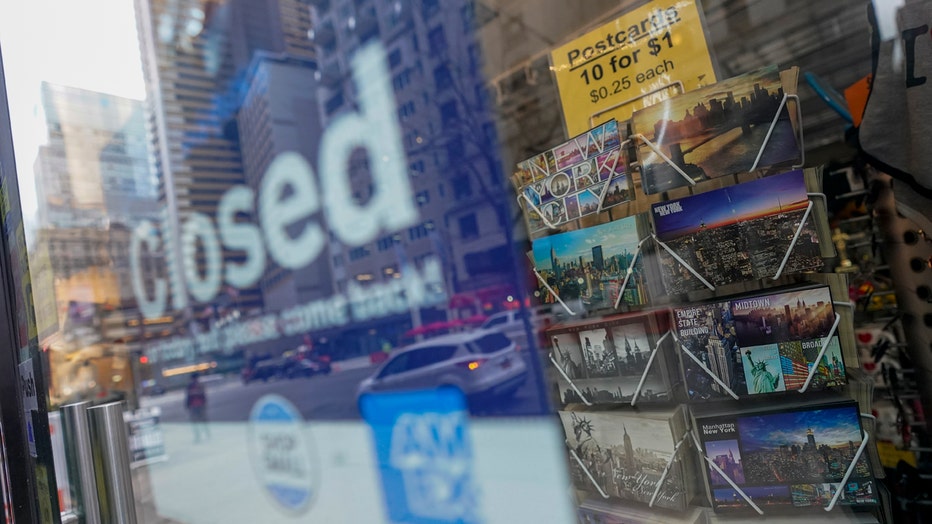 Pointing out an extensive postcard selection, movie-star T-shirts and other specialties, he recalled the pre-pandemic days when customers lined up at the register that put his two daughters through college.

Nowadays, Tutus worries about covering the shop's expenses, with monthly rent he said is in the tens of thousands of dollars.

The situation got him down for a while, but he believes in the city's potential and his own: "I never give up," he said.

Working seven days a week, the septuagenarian says he's been talking with his landlord, and he hopes the state or federal government can come up with some more aid for shops like his.

While hotels, restaurants and other businesses are important to the city's tourism, he says souvenir shops have their own special place, providing tangible connections to the city that visitors take home with them.