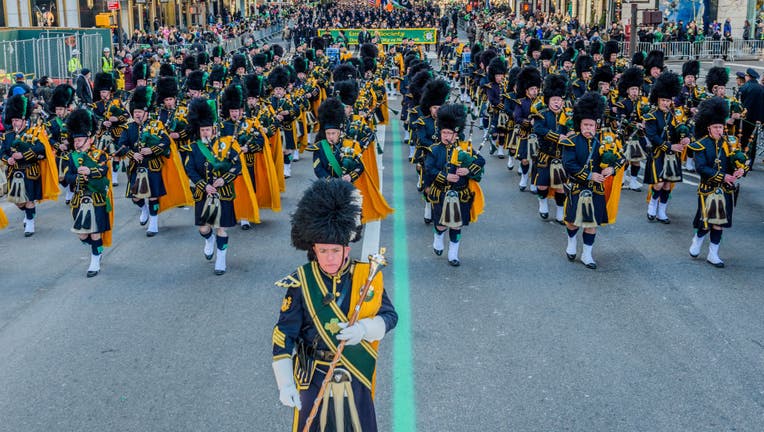 NEW YORK - The 2020 New York City St. Patrick's Day Parade has been postponed because of the growing outbreak of the novel coronavirus, Gov. Andrew Cuomo announced Wednesday night. Earlier in the day, the parade's organizers had denied reports that the parade had been canceled.

The parade has been held every year since 1762, according to the organizers. It draws between 1 million and 2 million spectators and about 250,000 participants, making it the largest St. Patrick's Day celebration in the world—even bigger than any parade in Ireland.

In a statement, Cuomo said he recommended to the parade's leadership to postpone the parade to the event's "high density and the large volume of marchers and spectators."

"While I know the parade organizers did not make this decision lightly, public health experts agree that one of the most effective ways to contain the spread of the virus is to limit large gatherings and close contacts, and I applaud the parade's leadership for working cooperatively with us," Cuomo said. "While the risk to New Yorkers remains low and we want to avoid social and economic disruptions, we have an obligation to take action to contain the spread of this virus."

One reason for the huge number of spectators who come out each year is that the parade lasts five hours or more, giving people plenty of time to catch at least a part of the spectacle.

"We thank Governor Cuomo for his decisive leadership in this challenging time," Sean Lane, the chairman of the parade committee, said in a statement. "We look forward to celebrating the 259th St. Patrick's Day Parade with the entire city of New York at a later date."

Although the wording of the statements was that the parade has been "postponed," it is not clear that it will be held this year given the uncertainly surrounding how long the pandemic will last and how it might progress.

The St. Patrick's Day parades in Dublin, Boston, Chicago, and Philadelphia were canceled earlier this week.