Purebred puppies sold in pet stores will soon be a thing of the past after Gov. Hochul signed legislation on Thursday to ban the sale of dogs, cats, and rabbits at retail. Some store owners say this will put them out of business.

NEW YORK - Soon shoppers won't be able to pick out a puppy in a pet store window for purchase in New York.

Gov. Kathy Hochul on Thursday signed a bill into law that bans the sale of dogs, cats, and rabbits at retail pet stores in an effort to "end the puppy mill-to-pet store pipeline and stop abusive breeders," according to the governor's office.

"Dogs, cats and rabbits across New York deserve loving homes and humane treatment," Hochul said in a statement. "I'm proud to sign this legislation, which will make meaningful steps to cut down on harsh treatment and protect the welfare of animals across the state."

Animal advocacy and rescue groups have long supported the legislation while pet stores have objected. Some shop owners say the law will put them out of business.

"I don't know if I have the words of what to say if we really had to shut our doors," said Lisa Caiazzo, the co-owner of Petite Pets Puppy Boutique, which has been selling puppies in Huntington Station for the last 30 years.

Caiazzo said her store is different than most. She works with one double-A rated breeder, her dogs aren't kept in cages — instead they sleep in cribs, and she only sells to well-suited families, she said.

"We're like a diamond. We're a whole different place compared to everyone else," Caiazzo said. "I welcome anybody to come in here — the Assembly can walk in, Hochul can walk in, it doesn't matter. If she signs the bill, and it means all of us, what do you do?"

Animal activists fighting for the ban have called the legislation a necessary move to stop abusive breeders and end the puppy-mill-to-pet-store pipeline. 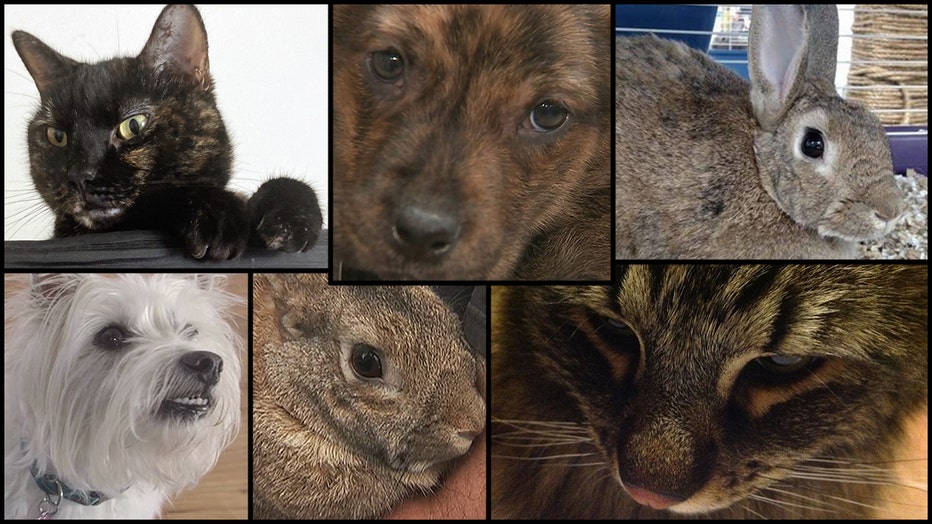 "Thousands of pet stores have already evolved to work strictly with rescues and this legislation will put New York in line to do the same," he said. "If you're a pet store in New York state and you're telling consumers you're not getting puppy mills, you're lying."

The law, which takes effect in 2024, also allows pet stores to charge rent to animal rescue groups to use retail space for pet adoptions.

I think it's beyond unfair, especially for a pet store like us who has never had a violation.

But Caiazzo said that rent from shelters to use her space wouldn't be enough to stay open, especially when dog sales account for about 90% of the store's revenue. She said hopes the legislation will be changed.

"I think it's beyond unfair, especially for a pet store like us who has never had a violation," she said.

Once the ban takes effect, penalties of up to $1,000 could be imposed on violators.

The Humane Society of the United States called the signing of the legislation a "victory."

"Our undercover investigations have exposed sick puppy sales and cruel practices in New York pet stores, highlighting the need for this historic law," Humane Society CEO Kitty Block said in a statement. "New Yorkers will no longer be duped by pet stores into spending thousands of dollars on puppies who are often ill and almost always sourced from dismal puppy mills."

In 2017, California became the first state to ban the retail sale of dogs, cats, and rabbits.