Philadelphia police have released video showing four suspects in the deadly shooting of a man and woman who were found in dead in a car in North Philadelphia last week.

NORTH PHILADELPHIA - Investigators on Thursday said three people are wanted in connection to a double homicide in North Philadelphia after a woman and man were found shot in the head inside a car last week.

According to police, New Jersey residents William Dean, 38, and Stephanie Coccaro, 34, were found dead inside a black Nissan parked on the 2700 block of West Huntingdon Street just before 1:30 p.m.

Police said Dean lived in Richland, New Jersey and Coccaro was a Vineland resident. It's unknown why they were in Philadelphia at the time of the shooting. 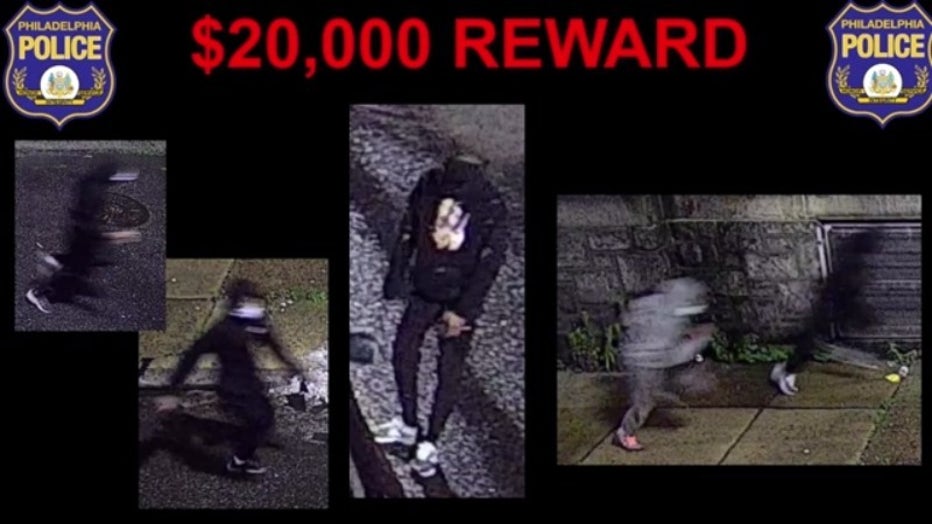 Philadelphia police on Thursday extended a $20k reward for information leading to a conviction in connection to a double homicide in North Philadelphia.

The Philadelphia Police Department on Thursday shared new surveillance video from June 14 that showed an unidentified car pull up next to the victim's car around 9:30 p.m. Police said three people approached the victim's car and suddenly ran away.

A short time later, police said one of the suspects returned to the victim's car and briefly interacted with another car that parked nearby.

Police have extended a $20k reward for anyone with information leading to an arrest and conviction.