PHILADELPHIA - A former Cosby Show actress has filed a civil lawsuit against once-beloved actor Bill Cosby, claiming that he drugged and sexually assaulted her at an Atlantic City hotel over three decades ago.

According to court documents filed on Thursday, Lili Bernard alleged sexual abuse, assault and battery against Cosby after the pair met on the set of The Cosby Show in 1990.

Bernard claims that Cosby offered to mentor Bernard in July of 1990 and promised to advance her career, according to the documents.

In August of 1990, Bernard claims that Cosby invited her to the Trump Taj Mahal in Atlantic City to meet a producer. There, Bernard claims she was drugged and raped by Cosby as she fell in and out of consciousness.

Bernard claims Cosby "assaulted, battered and drugged" her multiple times and threatened to file a police report for false accusation and sue her for defamation if she told law enforcement.

FOX 29's Bill Anderson has more on the reaction from lawyers and legal experts on the decision to overturn Bill Cosby's sex assault conviction.

The disturbing new accusations come months after the 84-year-old Cosby was abruptly released from a Montgomery County prison where he served nearly three years of a three-to-10-year sentence for drugging and violating Temple University sports administrator Andrea Constand in 2004.

"These look back provisions are unconstitutional. They are a sheer violation of an individual’s Constitutional Rights and deny that individual of their Due Process rights. This is just another attempt to abuse the legal process by opening up the flood gates for people, who never presented an ounce of evidence, proof, truth and/or facts, in order to substantiate their alleged allegations. Mr. Cosby continues to maintain steadfast in his innocence and will vigorously fight ANY alleged allegations waged against him and is willing and able to take this fight to the highest court in these United States of America," read part of a caption on an Instagram post.

Cosby was arrested in 2015, when a district attorney armed with newly unsealed evidence — the comic’s damaging deposition in a lawsuit brought by Constand — filed charges against him just days before the 12-year statute of limitations was about to run out.

But the Pennsylvania Supreme Court said in June said that District Attorney Kevin Steele, who made the decision to arrest Cosby, was obligated to stand by his predecessor’s promise not to charge Cosby, though there was no evidence that agreement was ever put in writing.

Justice David Wecht, writing for a split court, said Cosby had relied on the previous district attorney’s decision not to charge him when the comedian gave his potentially incriminating testimony in Constand’s civil case. 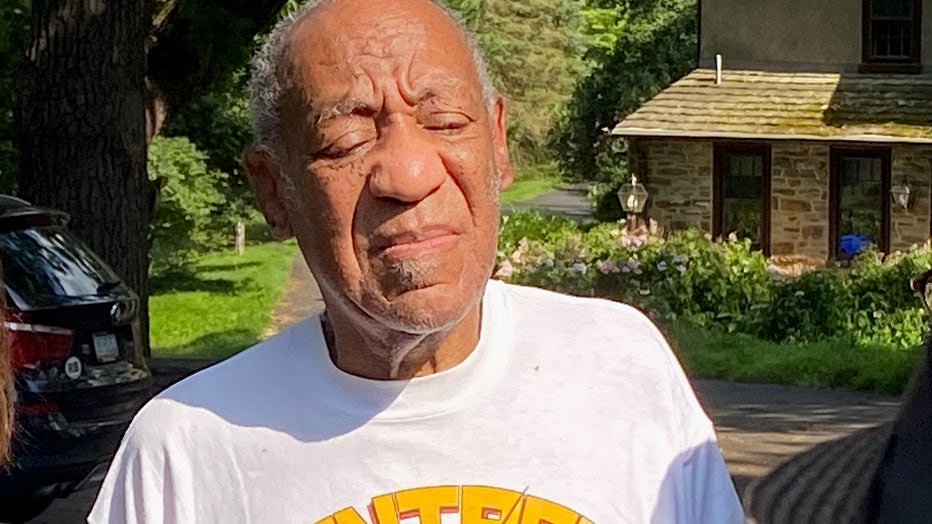 CHELTENHAM, PENNSYLVANIA - JUNE 30: Bill Cosby speaks to reporters outside of his home on June 30, 2021 in Cheltenham, Pennsylvania. Bill Cosby was released from prison after court overturns his sex assault conviction. (Photo by Michael Abbott/Getty

The court called Cosby’s subsequent arrest "an affront to fundamental fairness, particularly when it results in a criminal prosecution that was forgone for more than a decade." It said justice and "fair play and decency" require that the district attorney’s office stand by the decision of the previous DA.

The justices said that overturning the conviction and barring any further prosecution "is the only remedy that comports with society’s reasonable expectations of its elected prosecutors and our criminal justice system."

Cosby was promptly set free from the state prison in suburban Montgomery County and driven home.