NEW YORK - There will be fewer private trash haulers in New York City as a result of a new law signed by Mayor Bill de Blasio that cracks down on the industry.

The move is part of the city’s new Green Deal. Over 100,000 commercial businesses use private trash collectors, but the city says that the system is unsafe and broken. Since 2010, 28 New Yorkers have been killed by private trash haulers.

The Manhattan Chamber of Commerce says that the businesses in the city that use private trash collectors are restaurants, retail stores and large office buildings.

“I think it’s another example of city government ignoring the interests, the needs of small businesses. This is really going to drive up costs,” said Jessica Walker, President & CEO of the Manhattan Chamber of Commerce. 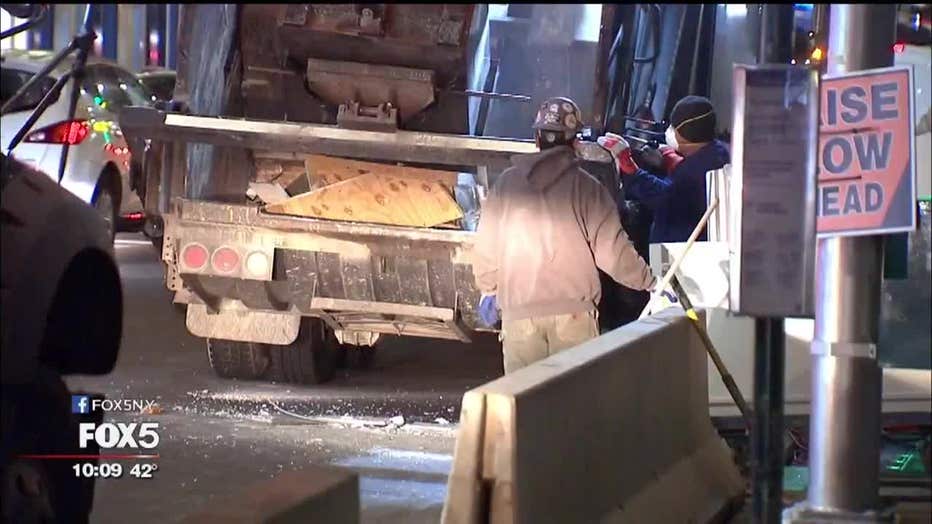 Men load waste into the back of a trash truck in New York City.

The new law divides the city into 20 zones and no more than 3 private trash collectors can work in each zone. They must also be approved by the city sanitation department and follow labor laws that limit work hours.

New Yorkers for Responsible Waste Management, which represents 25 locally-owned private trash haulers, says that the city had other alternatives, and said in a statement: “We remain astonished that the commercial waste zones bill in its final form was never publically debated.”

The new system is scheduled to take effect in 2021.