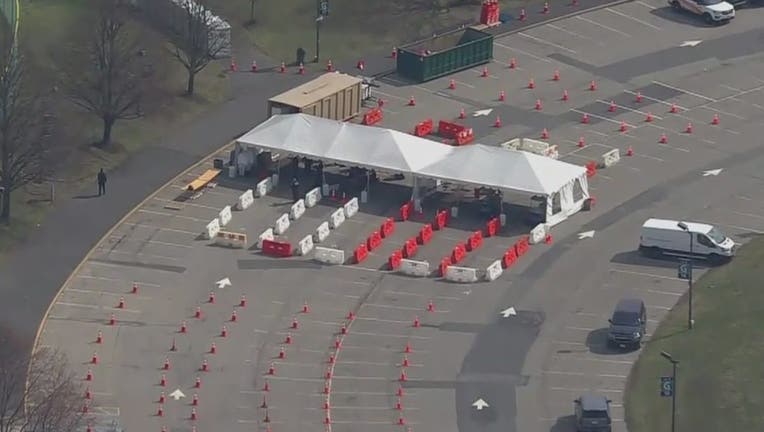 Authorities say a drive-thru coronavirus testing center in New Jersey once again reached capacity Sunday morning shortly after opening, but the site will reopen Monday — and a second drive-thru center is also expected to open that day in another county.

Bergen County Executive Jim Tedesco said on his Facebook page that the site at Bergen Community College would reopen at 8 a.m. Monday. He said the county has the most cases in the state and has recorded five deaths, so "It is important that we test as many symptomatic residents as possible.

Tedesco urged patience on the part of people coming to the site, who must be New Jersey residents and who will be screened for symptoms such as fever, shortness of breath and coughing.

On Monday, officials say, a second drive-thru coronavirus testing site is to open at the PNC Bank Arts Center in Holmdel in Monmouth County.

New Jersey's first mobile coronavirus testing site had to close by noon on Friday after filling its capacity when hundreds of people turned up to get tested for the virus.