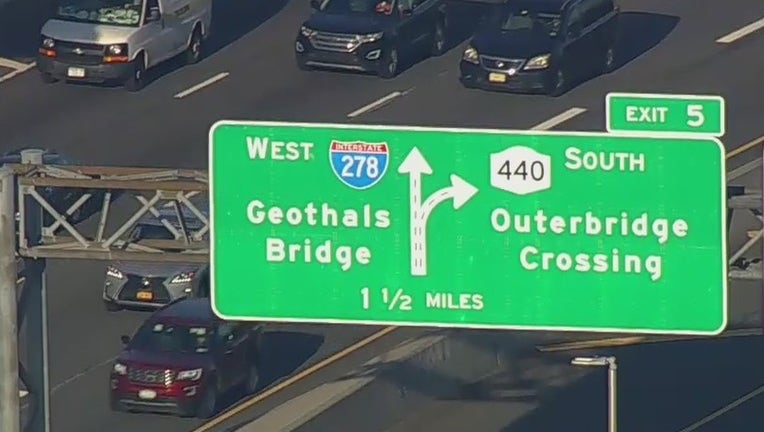 NEW YORK - Like the Verrazzano Bridge signs that have been misspelled for nearly 50 years, the new Goethals Bridge sign over the Staten Island Expressway is also misspelled. The sign transposes the 'e' and the 'o' in the name.

The sign, which also directs traffic to the Outerbridge Crossing, is located about a quarter-mile before the Richmond Avenue exit on the New Jersey-bound lanes.

The Goethals Bridge is named in memory of Major General George W. Goethals, builder of the Panama Canal and the first consulting engineer of the Port Authority.

According to published reports, the sign is one of 19 new fixtures on the state’s Department of Transportation property scheduled to be replaced.

Crews recently began replacing signs for the Verrazzano-Narrows Bridge after it had been missing a second 'z' for nearly 50 years.

In 2018, Gov. Andrew Cuomo signed legislation adding a second letter 'Z' to the name of the bridge between Brooklyn and Staten Island.