Netflix's shares took a big hit this week, with the stock price plummeting 26% after reporting it lost about 200,000 subscribers in its first quarter, falling well below expectations. The company is now said to be considering a lower-cost plan that would including advertisements.

Netflix announced 150 employee layoffs on Tuesday nearly one month after reporting its first paid subscriber losses in more than a decade.

"As we explained on earnings, our slowing revenue growth means we are also having to slow our cost growth as a company. So sadly, we are letting around 150 employees go today, mostly U.S.-based," a Netflix spokesperson confirmed to Fox News Digital.

"These changes are primarily driven by business needs rather than individual performance, which makes them especially tough as none of us want to say goodbye to such great colleagues. We're working hard to support them through this very difficult transition. A number of agency contractors have also been impacted by the news announced this morning. We are grateful for their contributions to Netflix."

The streaming giant is reportedly making changes to its animation division and eliminating "70 roles" in that unit alone, according to The Hollywood Reporter.

Changes are also being made to the social media and publishing channels with a reduction in contractor roles.

Impacted employees are "expected to receive severance packages" beginning at four months, with fluctuating severances depending on positions and seniority within the company.

Multiple full-time staff and contractors working on the Tudum fan-site were laid off at the end of April.

Netflix launched the project under the marketing umbrella in December 2021 to produce consumer-facing content related to some of its biggest shows, including "Selling Sunset" and "Ozark." 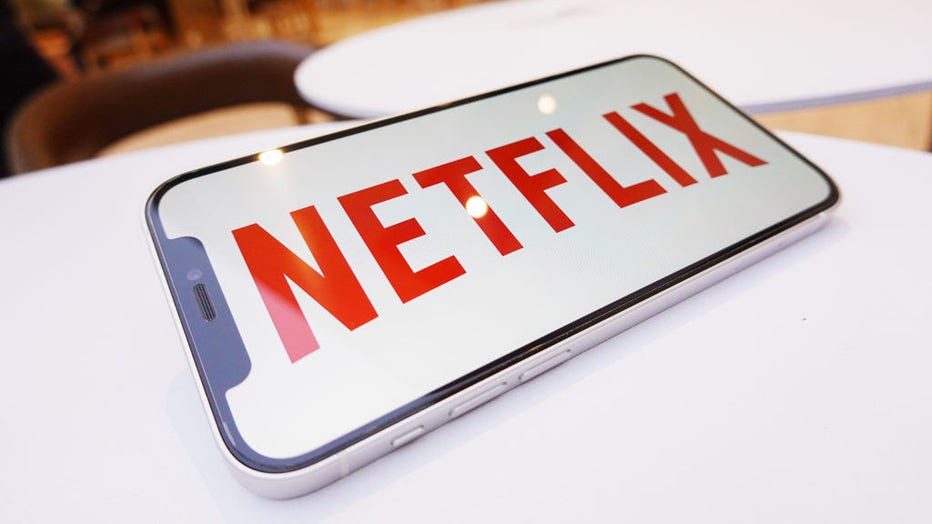 FILE - In this photo illustration, a Netflix logo is displayed on the screen of a smartphone. (Photo Illustration by Sheldon Cooper/SOPA Images/LightRocket via Getty Images)

Just two weeks before, Netflix revealed its first paid subscriber losses in more than 10 years to the tune of 200,000 subscribers.

"Our revenue growth has slowed considerably," the company wrote in a letter to shareholders at the time. "Streaming is winning over linear, as we predicted, and Netflix titles are very popular globally. However, our relatively high household penetration – when including the large number of households sharing accounts – combined with competition, is creating revenue growth headwinds."

The company cited its suspension of services in Russia for a loss of 700,000 subscribers, and partially blamed password sharing with the lack of growth in paid subscriptions.

Chief Financial Officer Spencer Neumann said during an earnings call last month, "We’re pulling back on some of our spend growth across both content and non-content spend."

He added: "We’re trying to be smart about it and prudent in terms of pulling back on some of that spend growth to reflect the realities of the revenue growth of the business."

In addition, shifts in corporate culture conversations have been on the rise just days after Netflix released a memo to employees telling them to leave if they were offended by content produced by the company.

"As employees we support the principle that Netflix offers a diversity of stories, even if we find some titles counter to our own personal values," the memo read, which was released by Variety last week.

"Depending on your role, you may need to work on titles you perceive to be harmful. If you’d find it hard to support our content breadth, Netflix may not be the best place for you."

Netflix admitted that some of its programs might be deemed inappropriate or divisive for some viewers, but the streaming service took a stance against silencing artists.

"Not everyone will like – or agree with –– everything on our service," the memo said.

"While every title is different, we approach them based on the same set of principles: We support the artistic expression of the creators we choose to work with; we program for a diversity of audiences and tastes; and we let viewers decide what’s appropriate for them, versus having Netflix censor specific artists or voices."