Soldiers rescued dozens of hostages, including many babies and children, from insurgents in Nigeria. (Video: APTN)

Soldiers have rescued nearly 100 hostages, including babies, who spent more than two months in captivity in Nigeria, authorities said.

A military operation targeted the camps of the armed groups that have been terrorizing remote communities in northwest Nigeria, according to Police Chief Ayuba Elkana of Zamfara state. Troops "rescued unconditionally" 97 hostages, including seven pregnant women, 19 babies, and more than a dozen children, the chief said.

Mostly barefooted, weary, and in worn-out clothes, the ex-captives trickled out of the buses that took them to Gusau, the capital of Zamfara state. Women with malnourished-looking babies strapped to their backs trailed behind.

The hostages had slept on the ground in abandoned forest reserves, which the gunmen use as hideouts.

Nigerian authorities have said military operations, including airstrikes, secured the hostages' freedom but didn't indicate if ransoms were paid. 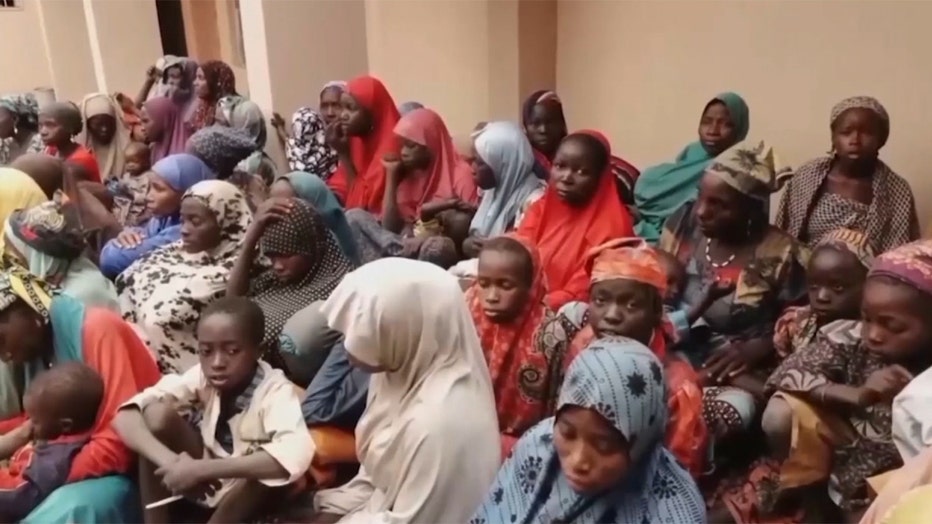