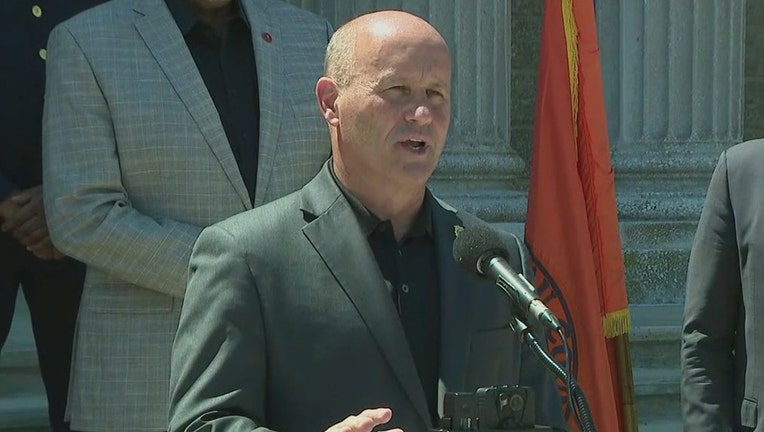 GARDEN CITY, N.Y. (AP) - The Nassau County police commissioner said Friday he won’t resign over comments to Newsday blaming the lack of diversity in his police department on Black and Hispanic "broken homes."

Nassau County Police Commissioner Patrick Ryder told reporters that he serves at the pleasure of the county executive, Laura Curran, and will remain on the job "as long as she has me."

Ryder has apologized for his remarks. Some civil rights groups are calling for his ouster, while others have rallied behind him.

Curran said she disagreed with Ryder’s assessment about recruiting obstacles, but that she stood by him, saying he’s "really proven himself in all of our communities, in our growing diverse communities."

Ryder’s comments were printed last month in a Newsday article highlighting a paucity of non-white officers on Long Island.

Speaking about recruiting efforts in one mostly non-white community, Ryder told the newspaper: "Look, a lot of these kids come from broken homes. A lot of the kids come from struggles in their neighborhood. And they need that advantage, they need someone to push them a little bit."

Newsday reported that the Nassau County department hired only 36 Black officers from a pool of 2,508 Black applicants in the six years after a 2012 hiring test. Of 3,389 Hispanic applicants from the same test, 89 were hired.