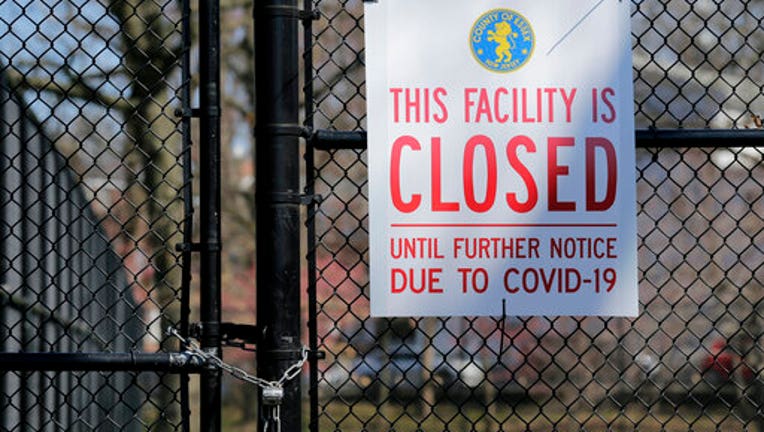 New Jersey Governor Phil Murphy reported that the death toll from the coronavirus outbreak in the state rose to 21 on Sunday, while the number of positive tests jumped by 2,316, bringing the total to 13,386.

Additional ventilators are currently the New Jersey's biggest need to combat the coronavirus outbreak, Gov. Murphy said on ABC's “This Week” that he made a request for more ventilators during a call with federal officials Saturday night.

“The big headline for us right now are ventilators. We had a very specific conversation with the White House last night about ventilators. That’s our No. 1 ask. It’s our No. 1 need. And that’s the one that we are focused most on right now,” Murphy said.

He said the state also has significant need of personal protective equipment for medical professionals.

A look at coronavirus developments Sunday:

Authorities say a New York man facing charges in a traffic accident in New Jersey that claimed the lives of three people, including an infant, is also accused of violating the governor’s executive order restricting nonessential activities.

Middlesex County prosecutors and Perth Amboy police say a pickup truck they allege was “driving aggressively, cutting in and out of traffic" in excess of the posted speed limit struck a minivan at about 6:30 pm. Friday. Two minivan passengers were pronounced dead at the scene and an 8-month-old infant died the following day at a hospital; the minivan driver was also treated.

Prosecutors say the Staten Island man driving the pickup faces aggravated manslaughter, vehicular homicide and aggravated assault charges. Prosecutors allege that he told detectives that he was in the state to visit friends, and he also faces charges stemming from alleged violation of the executive order.

The acting superintendent of New Jersey's state police said about 700 police officers in the state have so far tested positive for the coronavirus.

NJ.com quoted Col. Patrick Callahan saying two officers who had been in serious condition are now considered stable, and none have died.

The Hoboken mayor and emergency management department have announced the closure of all parks in the city for two weeks to help stop the spread of the coronavirus epidemic.

Mayor Ravi S. Bhalla said Sunday that many people have been adhering to proper social distancing protocols. But Bhalla said “we’ve still seen congregating in our public green spaces, including at our waterfront parks, despite our best efforts to dissuade people from doing so."

He said warmer weather next month will likely draw even more people to parks, and the risks of further spread of the virus will grow unless more measures are taken to contain the epidemic.