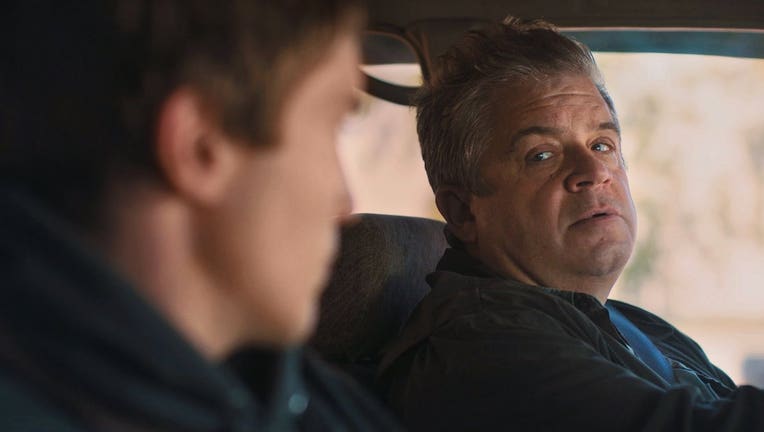 Chicago - Editor's note: This review originally ran as part of our coverage of the 2022 SXSW Film Festival on April 1, 2022. It has been republished in light of the film's debut in theaters.

With a few little adjustments, "I Love My Dad" would make a potent horror movie. Like many a horror flick, it opens with a title card assuring its audience that what they’re about to see really happened to the filmmaker. The second card, however, makes the differences plain: "My dad asked me to tell you it didn’t."

It is, in its own way, something of a spoiler: Writer/director/star James Morosini still has a relationship with his father (played by Patton Oswalt in the film), despite the absolutely bonkers events chronicled in the film. It’s simple to summarize but brain-melting to consider: After a serious mental health incident, Franklin (Morosoni) decides that it’s time to establish strict boundaries, if not cut ties altogether, with his unreliable and sometimes deceitful father Chuck.

Desperately worried about his son, Chuck takes a spectacularly bad piece of advice from a coworker (a game Lil Rel Howery) and begins communicating with Franklin on social media in the guise of Becca (Claudia Sulewski), a friendly waitress Chuck meets at a local diner. As "Becca," Chuck at last gives Franklin the empathy and support that the latter has clearly longed for. And thanks to that compassion (and some lovely selfies swiped from the real Becca’s social media accounts), Franklin falls hopelessly in love with "Becca" — his catfishing dad. 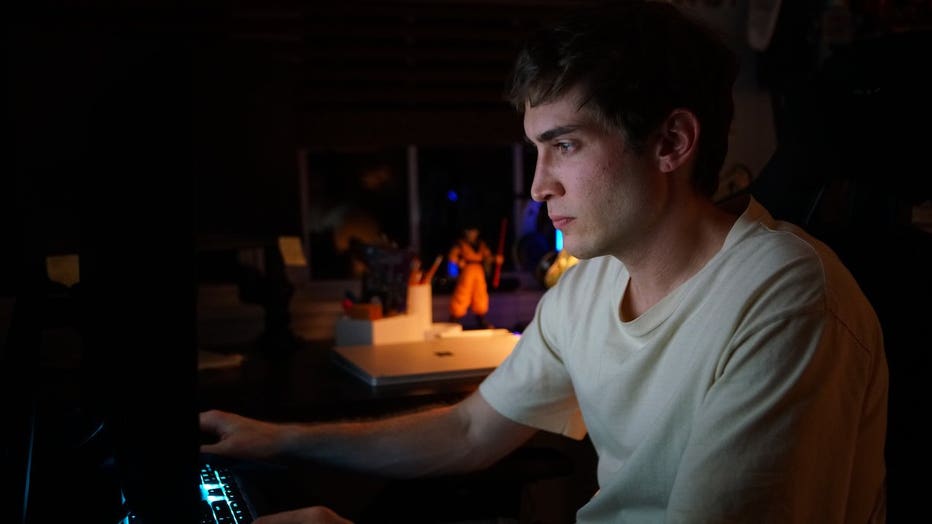 "I Love My Dad": A potent performance in an imperfect film

This is a cringe dramedy, operating in a similar vein to 2021’s excellent "Shiva Baby," and it earns each and every one of those cringes. Still, it’s hard to dismiss the sense that Morosini would have been better off picking one or two of the three massive responsibilities he’s shouldering here as writer, actor and director. As Franklin, he turns in a performance admirably lacking in vanity. As the film’s director, he makes some brilliant decisions (most notably dropping the audio from a few pivotal phone calls) and some questionable ones (there’s a tendency to prioritize cleverness over clarity when it comes to how "Becca" is portrayed).

Perhaps if he’d stuck to only one of those roles, he’d have had more success as a screenwriter. Oddly, the thing that holds the film together is also the thing that blunts its impact: the seemingly bottomless well of empathy it has for Chuck. Oswalt’s excellent work hinges on that empathy; it’s hard to think of an actor better equipped to play a deeply flawed, if well-intentioned man making a series of catastrophically bad decisions out of love and fear. But the film struggles to be clear-eyed about just how upsetting Chuck’s actions are. When "I Love My Dad" veers off into warm-fuzzy territory as it nears its conclusion, it’s only Oswalt’s work that refuses to lets things become that simple.

As an actor, Morosini pulls no punches. As a screenwriter, not so much. "I Love My Dad" gives Chuck plenty of room to be complex. If only that were true of the rest of the film.

Make it a double feature with "The Waterboy," streaming free on Tubi

The Waterboy (1998): Adam Sandler struck comedy gold — and one of his biggest box office hits — with this story of a socially awkward but well-meaning water boy whose anger management issues make him a surprisingly effective linebacker. Bobby Boucher is up there with Billy Madison, Happy Gilmore and Robbie Hart as one of the most iconic characters in Sandler’s ’90s career. But maybe the sweetest thing to come out of this film is Kathy Bates continuing to refer to herself as Sandler’s "mama." Rated PG-13. 89 minutes. Dir: Frank Coraci. Featuring: Adam Sandler, Kathy Bates, Fairuza Balk, Jerry Reed, Henry Winkler.

"The Waterboy" is streaming free on Tubi — get the app

How to watch "I Love My Dad"

"I Love My Dad" arrives in theaters on Aug. 5. It will be available digitally and On Demand starting Aug. 12.