Since the beginning of the pandemic, nursing home residents have been considered a highly vulnerable population. The coronavirus has claimed many more lives in these facilities than previously reported. New York state is reporting more than 1,700 previously undisclosed deaths at nursing homes and adult care facilities.

At least 4,813 people have died from COVID-19 in the state's nursing homes since March 1, according to a tally released by Gov. Andrew Cuomo's administration late Monday that, for the first time, includes people believed to have been killed by the coronavirus before their diagnoses could be confirmed by a lab test.

The revised list shows that 22 nursing homes, largely in New York City and Long Island, have reported at least 40 deaths.

Parker Jewish Institute in Queens and Isabella Geriatric Center — one of New York City’s largest nursing homes with 705 beds — have reported the highest number of deaths: 71 and 64, respectively.

Audrey Waters, a spokeswoman for Isabella Geriatric Center, said in an email last week, "Isabella, like all other nursing homes in New York City, initially had limited access to widespread and consistent in-house testing to quickly diagnose our residents and staff. This hampered our ability to identify those who were infected and asymptomatic, despite our efforts to swiftly separate anyone who presented symptoms.” 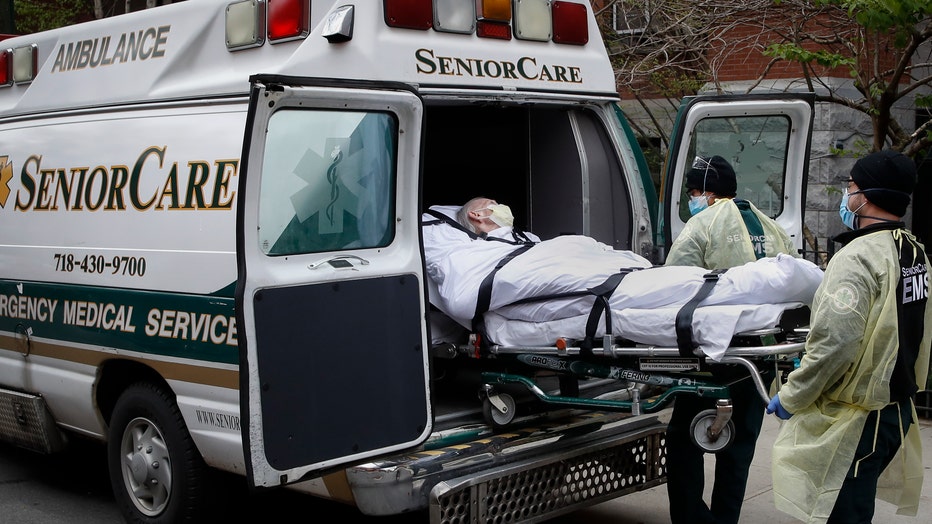 FILE - In this April 17, 2020, file photo, a patient is loaded into an ambulance by emergency medical workers outside Cobble Hill Health Center in the Brooklyn borough of New York. New York state is now reporting more than 1,700 previously undisclose

In many cases, the state’s new figures reveal many more deaths than previously reported at nursing homes: Isabella Geriatric Center had 13 COVID-19 deaths reported as of May 1, and now reports the deaths of 21 patients who were confirmed to have COVID-19 along with 43 deaths of residents presumed to have COVID-19. And Ozanam Hall of Queens now is reporting a total of 53 deaths, up from just 10. 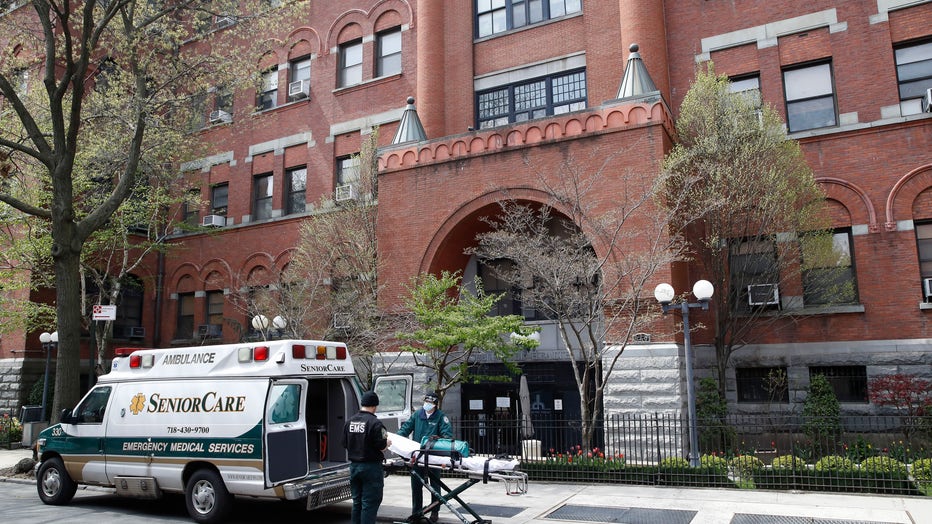 Cuomo promised on March 2, when only a handful of coronavirus cases had been reported in New York, to make a “special effort” for nursing homes and congregate homes housing senior citizens. The state directed nursing homes to screen visitors and consider modifying visiting hours on March 6, and later suspended visits to nursing homes statewide March 12.

But the governor is facing criticism over his administration’s role in overseeing and supporting New York’s overwhelmed, state-regulated nursing homes as many have struggled to treat COVID-19 patients, amass enough personal protective gear or ensure adequate staffing.

Advocacy groups for the elderly and family members of nursing home residents have called for greater transparency over COVID-19 cases at each state-regulated nursing home and criticized an April 1 state law granting some immunity to hospitals and nursing homes from civil and criminal liability. They also questioned the state’s March 25 policy that says “no resident shall be denied re-admission or admission to a nursing home solely based on a confirmed or suspected diagnosis of COVID-19."

The governor and his administration have defended that policy as ensuring nursing home residents aren’t left lingering in hospitals or without anywhere else to go. Cuomo’s spokesman tweeted Monday that the policy follows federal Centers for Medicare and Medicaid Services guidance. But the federal guidance says only that a nursing home “can accept a resident diagnosed with COVID-19” so long as the nursing home can follow federal guidance on transmission precautions.