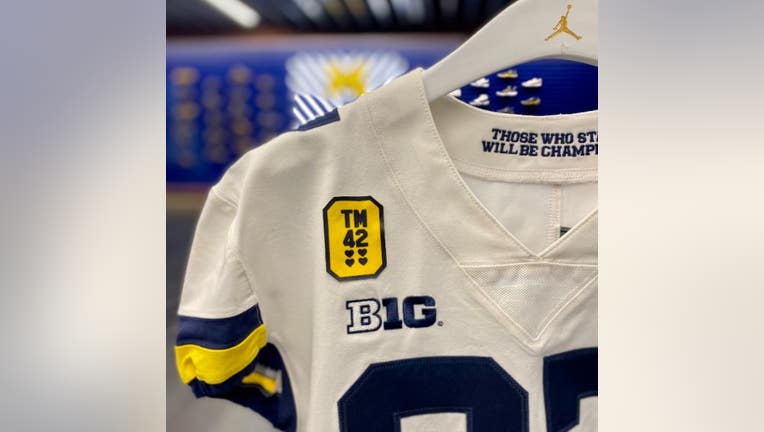 FOX 2 - The University of Michigan football team will be honoring the victims of the Oxford High School mass shooting, as well as the community this Saturday with a special patch in Saturday's conference championship game.

The Wolverines Twitter account Thursday shared a photo of the special logo representing Oxford's school block O symbol "meant to honor all victims, survivors and community members." Michigan will be wearing its white away jerseys with the patch in Saturday's B1G Ten championship game against Iowa in Indianapolis Saturday night.

Seven other victims are recovering from Tuesday's shooting including six students and one teacher. As of Thursday evening, three teens remain hospitalized but in stable condition.

Fifteen-year-old suspect Ethan Crumbley, a sophomore student at Oxford High School, has been charged in the attack and is facing 24 counts. 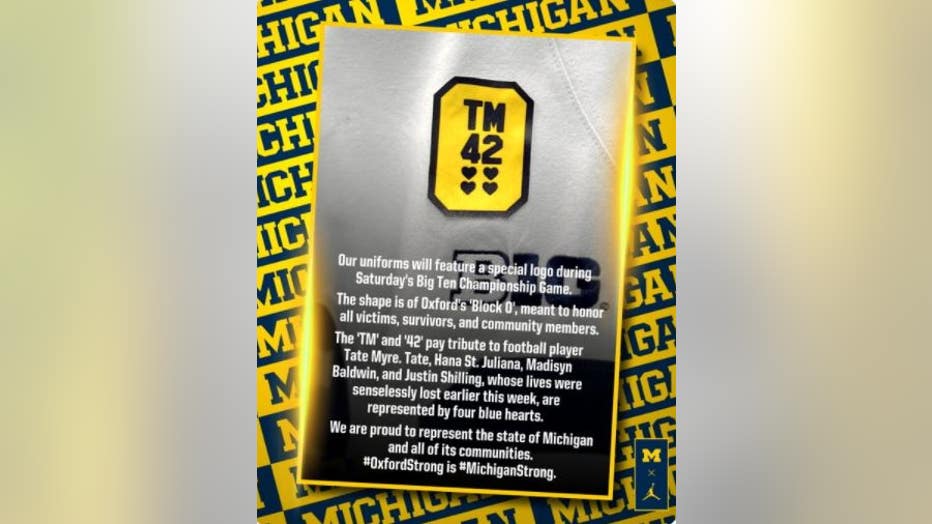 The entire statement is below:

"Our uniforms will feature a special logo during Saturday's Big Ten Championship game.

"The shape is of Oxford's 'Block O' meant to honor all victims, survivors and community members.

"We are proud to represent the state of Michigan and all of its communitites. #OxfordStrong is #MichiganStrong."