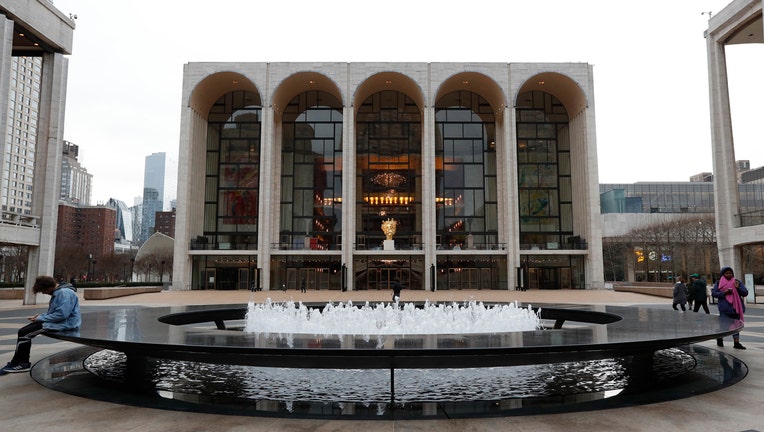 NEW YORK (AP) - The Metropolitan Opera sold 61% of available tickets this season after returning from a 1½-year absence, managing 196 staged performances without a cancellation. Sales were down from 75% in the last pre-pandemic season of 2018-19, but it is considered a success.

"We consider it to be a triumph in that we started and we ended and we never missed a performance along the way," Met General Manager Peter Gelb said.

When discounted tickets are taken into account, the Met sold 56% of ticket dollar capacity this season, down from 69% from 2018-19.

Gelb addressed the audience before Saturday night's finale to praise the company and audience for making it through the season with no COVID-19 cancellations.

Prior to the pandemic, the 2019-20 season was on track to finish with 72% of dollar capacity and 76% of tickets sold. The pandemic forced the cancellation of the final 58 performances from March 12 on, leaving that season's dollar capacity at 70%.

Ticket sales dropped during the peak of the omicron variant to as low as 44% during the second half of January, then approached 70% during May and June. As part of a schedule change planned ahead of the canceled 2020-21 season, the Met went dark during most of February and extended the season by a month.

The company budgeted for an attendance shortfall during the next four years and made up for the loss of revenue by raising $130 million in supplemental funding in addition to its annual funding. Gelb said the Met will finish its fiscal year ending July 31 with a balanced budget.

Schedules for future seasons are being reconfigured to include more contemporary works.

Yannick Nézet-Séguin, who succeeded James Levine as music director in 2018-19, conducted "Fire" and "Eurydice" and is set to lead the staged premiere next season of Kevin Puts' "The Hours" and Blanchard's "Champion" (2013), on boxer Emile Griffith.

"There are many more younger faces in the audience, and there's greater diversity in the audience," Gelb said. "My hope and expectation is that when the local audience who has been afraid to come feels comfortable about returning, and when the foreign tourism and domestic tourism reach their pre-pandemic levels, that we will have an even larger audience than we had before the pandemic."