A nation slowly emerging from social distancing measures imposed by the coronavirus pandemic honored generations of U.S. veterans killed in the line of duty on a Memorial Day observed without the severe pandemic restrictions that affected the day of tribute just a year ago.

Memorial Day parades and events were held in localities large and small across the country Monday, many resuming after being canceled last year as the pandemic hit with full force.

At Arlington National Cemetery's Tomb of the Unknown Soldier, President Joe Biden delivered a solemn speech honoring the 1 million Americans killed in service of the nation — and challenged that nation to carry on that fight by defending its democracy.

"This nation was built on an idea," Biden said. "We were built on an idea, the idea of liberty and opportunity for all. We've never fully realized that aspiration of our founders, but every generation has opened the door a little wider."

A Memorial Day observance was held aboard the USS Intrepid.

This year's remembrances were as painful, if less restrictive, as those held on Memorial Day 2020, when Americans settled for small processions and online tributes instead of parades. The pandemic last year forced communities to honor the nation's military dead with modest, more subdued ceremonies that also remembered those lost to the coronavirus.

With restrictions lifting, Americans paid tribute in public gatherings this year — and like last year, they also remembered the thousands of veterans who died from COVID-19. Still, there were some vestiges: An early morning wreath-laying ceremony at the National Memorial Cemetery of Arizona was shared virtually. 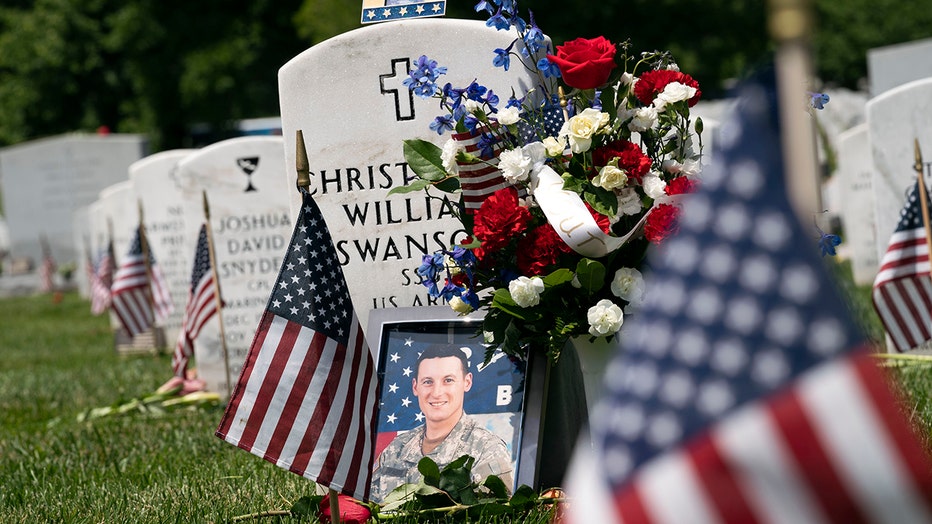 Monday's commemorations were held as new data released by the U.S. Centers for Disease Control and Prevention suggest that new cases of COVID-19 are plunging and that more than 40% of the U.S. population has been fully vaccinated. With the declines, most states have been reducing or dropping most social distancing restrictions.

This week, the Tunnel to Towers Foundation presented 20 specially designed houses to help severely injured military veterans regain some independence and dignity. FOX 5 NY interviewed Frank Siller, who founded Tunnel to Towers in honor of his brother Stephen, an FDNY firefighter who died on 9/11.