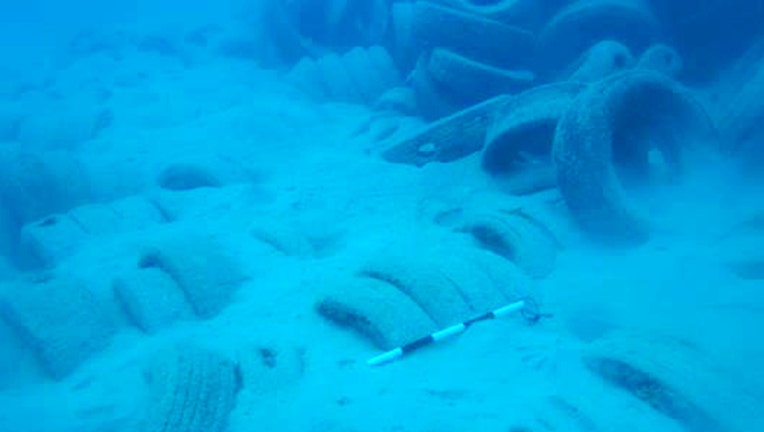 HAGATNA, Guam (AP) - Scientists in Guam are trying to determine how to remove a man-made underwater mountain built out of vehicle tires 50 years ago.

Guam Environmental Protection Agency scientists hoped the tire reef would improve marine conditions in Cocos Lagoon and increase fish stocks, but has instead been left abandoned a mile from shore and about 20 feet (6 meters) below the water, Pacific Daily News reports.

The project started in 1969 and was discontinued in 1973 after the tire reefs didn't recruit enough fish populations to be deemed effective, government officials said.

The 2,400-tire experiment is now considered trash and would cost $250,000 to clean up, government officials said.

The government received a federal grant to clean up the artificial tire habitats, but officials do not know where the second 350-tire habitat is located.

It is unclear how much money was received through the grant.

Scientists must receive proper permits, conduct the necessary studies and then remove the tire reef over the next three years, officials said.

"Removal efforts of the tire reef will help prevent any further damage to the natural habitat that may negatively impact the biological, economic and cultural importance of Cocos Lagoon," environmental officials said in a statement.

The tires taken from the lagoon are expected to be shredded, shipped to Asia and used as fuel for the cement industry or rubberized asphalt, officials said.

Coral that has grown on the tires will be relocated, scientists said. 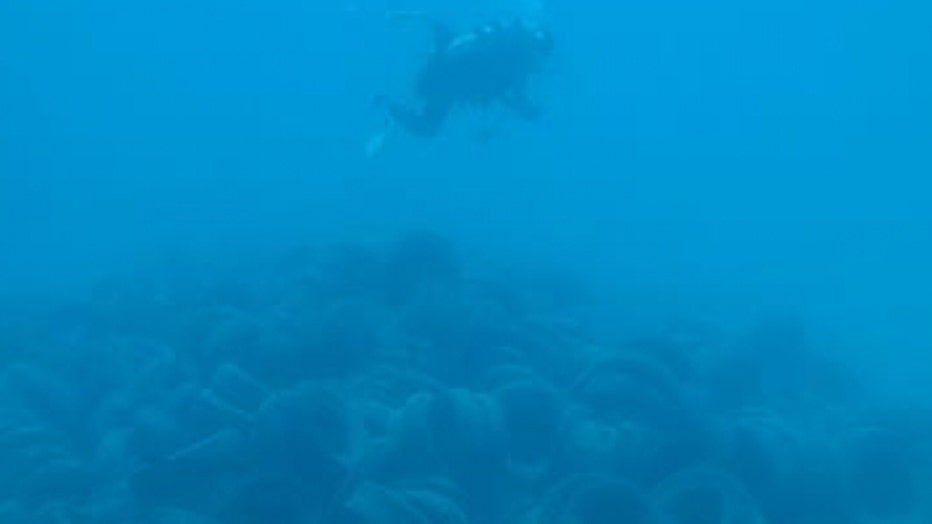