A massive warehouse fire broke out at a Walmart distribution center in Plainfield, Indiana, Wednesday. Authorities said about 1,000 employees were inside at the time and all are believed to be accounted for.

PLAINFIELD, Ind. - Up to 200 firefighters are battling a massive warehouse fire at a Walmart distribution center in Plainfield, Indiana.

Authorities said the blaze broke out just before noon Wednesday. Fire officials tweeted that crews have responded to the building on Allpoints Parkway and are asking people to avoid the area.

Authorities said around 1,000 people were inside the building but reported no injuries. They were bused to a nearby location to be reunited with family members. 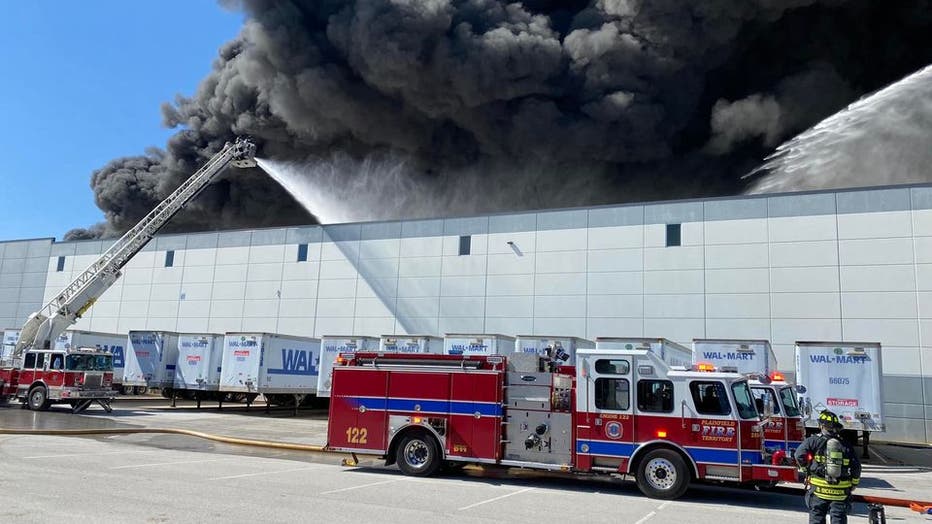 "We’re thankful to local emergency crews for their quick response and for helping us account for the safety of our associates and those at the facility," a Walmart spokesperson said in a statement to FOX Television Stations.  "We’ll continue working with police and fire personnel and are referring all questions to them."

The outlet also reported smoke could be seen as far way as Indianapolis, but there haven't been any impacts so far on the city's airport.

No word on what caused the fire. However, authorities are awaiting test results to determine the air quality in the area. They're advising residents north of the warehouse to stay indoors and close their windows and doors.

This story is developing. Check back for updates.