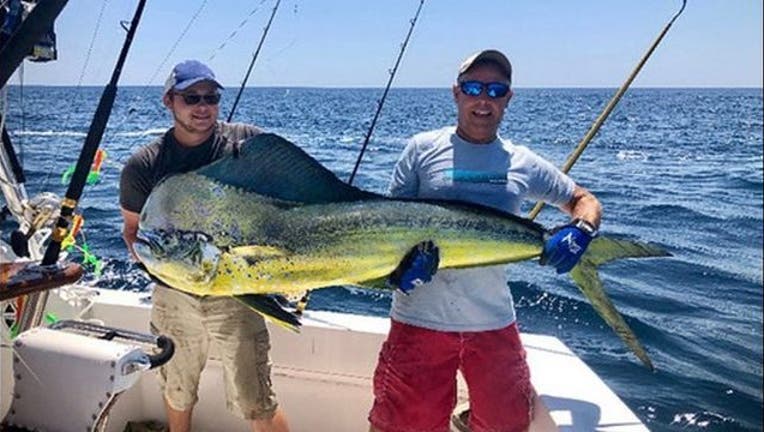 ANNAPOLIS, Md. (AP) - A Maryland man who says he had to outlast a mahi mahi to land it now has a place in the state record book to show for his work.

The state Department of Natural Resources says Jeff Wright of Cambridge broke a 34-year-old fishing record when he caught the 72.8-pound (33 kilograms) fish off the coast of Ocean City last Sunday. Wright's catch beat the record held by Kim Lawson, who reeled in a 67.8-pound common dolphinfish in July 1985.

Wright says in a news release that he fought the fish for 25 minutes and had to stay with it until it finally gave up.

A Maryland Department of Natural Resources biologist identified the species as common dolphinfish, and its weight was certified by Sunset Marina in Ocean City.