Greene has called the suspension "un-American." She's been suspended for COVID-19 misinformation before.

In the post that triggered the suspension, she said the U.S. crossed into a "new time-dating method:" "Before COVID" and "After COVID." 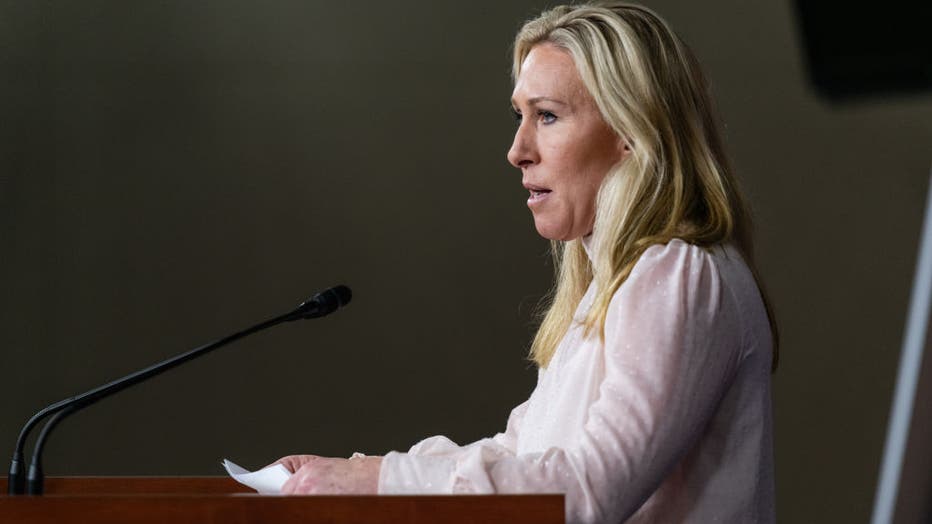 "This is beyond censorship of speech. I’m an elected Member of Congress representing over 700,000 US tax paying citizens and I represent their voices, values, defend their freedoms, and protect the Constitution.

"But apparently they too think the CDC managed #VAERS system on our own government websites are misinformation.

"And to date there has been ZERO investigation into reported Covid deaths from government mandated #covid vaccines.

"When Big Tech decides what political speech of elected Members is accepted and what’s not then they are working against our government and against the interest of our people."

Greene also demanded Twitter reinstate her account, saying it suspended her several times "in error," which the social media platform counted as strikes against her, leading to her suspension.

"When Maxine Waters can go to the streets and threaten violence on Twitter, Kamala and Ilhan can bail out rioters on Twitter, and Chief spokesman for terrorist IRGC can tweet mourning Soleimani but I get suspended for tweeting VAERS statistics, Twitter is an enemy to America and can’t handle the truth. That’s fine, I’ll show America we don’t need them and it’s time to defeat our enemies."

Greene received a 12-hour ban in July after the social media platform accused her of spreading COVID-19 misinformation. The congresswoman took to Facebook afterward, saying "Free Speech is under attack."

Greene was suspended again in August after she claimed COVID-19 vaccines were "failing" and that they were ineffective at reducing the virus's spread.

Greene still has control of an official congressional account, @RepMTG.

Current state of the COVID-19 pandemic

COVID-19 cases in the U.S. reached record levels this week.

OMICRON SURGE: WHO NEEDS TO GET TESTED FOR COVID-19

COVID-19 testing sites are overwhelmed across the country as the highly-contagious omicron variant spreads.

Currently, 62% of the U.S. population is fully vaccinated and 32% have received a booster dose, according to data from the Centers for Disease Control and Prevention.