The NYPD arrested a suspect in connection with a two-day crime spree that included shooting a man in a subway car.

NEW YORK - A man police say was wanted for a series of armed robberies and a shooting was arrested Tuesday afternoon a short time after he robbed another bank.

The suspect was originally wanted for a Manhattan restaurant robbery, a bank robbery, and a subway robbery where he shot the victim. All of it took place in just over a 24-hour period.

The NYPD says that the first incident took place on Sunday at about 3:30 p.m.

A 42-year-old man was ordering food inside a deli on Lexington Ave. in Midtown Manhattan. A man approached him from behind and lifted up his shirt to show a gun in his waistband.

The victim took out his wallet and handed the individual approximately $45. The robber asked, "That's it?" and left. The victim was not hurt.

NYPD Chief of Transit Kathleen O'Reilly announced the arrest of a suspect in a series of violent robberies in Manhattan. Police say the man robbed two banks and a bodega, and also shot a man on a subway car.

The second incident happened about 4:45 the next day. The man went into a TD Bank on Canal Street, approached the teller counter, displayed a gun, and stated to an employee, "I have a gun, give me cash."

The employee proceeded to hand over approximately $1,100 and the man took off eastbound on Canal Street. No one was hurt.

A few minutes later the same man is believed to be behind a shooting that happened on a crowded subway train during the evening rush hour.

He threatened a 42-year-old man who was sitting in a northbound N subway train in Lower Manhattan, Assistant Chief Vincent Coogan said. The gunman demanded that the victim give up his phone.

The commuter apparently "didn't comply fast enough" so the gunman fired one shot, hitting the victim in the left leg, the assistant chief said. 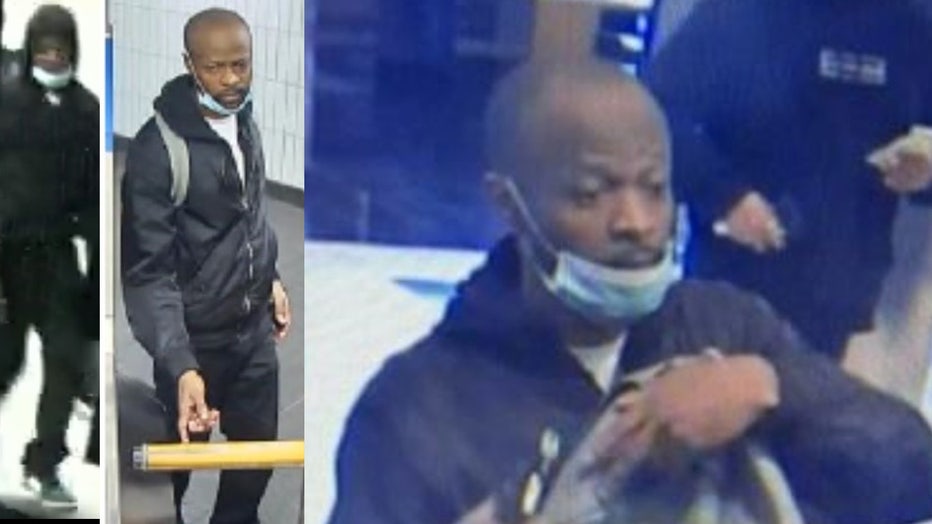 When the train pulled into the Union Square station, the gunman ran off, followed by a man who had witnessed the shooting, Coogan said.

Police say the man was arrested Tuesday after he robbed a Chase Bank at 27th St. and 7th Ave. just before 2:30 p.m. A man with a gun demanded cash. The teller handed over an unknown amount and the man took off down 7th Ave. before jumping on a subway train.

Officers were able to arrest him on the train without incident. They said he had three loaded handguns on him. His name was not immediately released.

Assistant Chief Vincent Coogan talks about an attempted robbery and shooting that happened on a subway train.