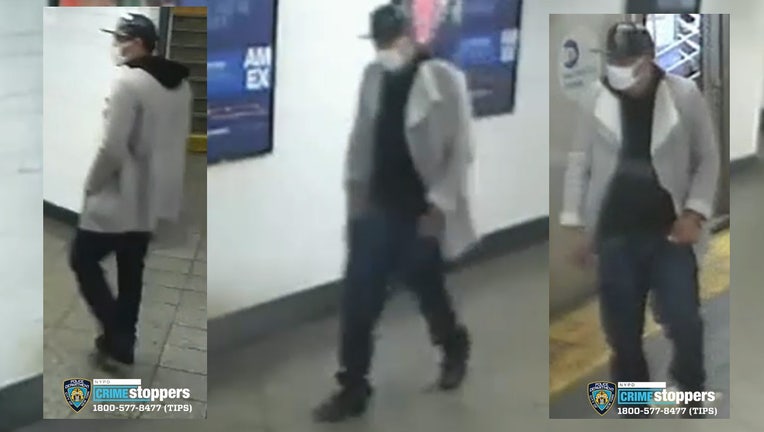 NEW YORK - A 22-year-old man was seriously injured after he was punched and pushed onto the subway tracks in Brooklyn in an unprovoked attack.  The man suffered a fractured left arm and wrist, cuts to his left knee, and bruising to his right knee from the shocking assault.

The NYPD says it happened just before 9 a.m. on Monday on the platform of the Atlantic Ave. Subway Station.

EMS rushed the victim to Methodist Hospital in stable condition.

The unidentified suspect jumped onto a northbound Q train and got away.  The NYPD released images of him on Monday night.  Officers are hoping someone could help recognize him.

The crime is just one of a number of disturbing incidents that are taking place in the subway system.

Early Monday, a man was stabbed to death at the 241st Street station in the Wakefield section of the Bronx. And Sunday night at the Essex Street station on the Lower East Side, a subway cleaner was assaulted with his own dustpan.

There were 235 major felonies in the subway system in November, about the same as in November 2019 when ridership was higher.

The NYPD said 235 major felonies were reported in the subway system in November 2021. Compare that to 244 in November 2019, which was before the pandemic.