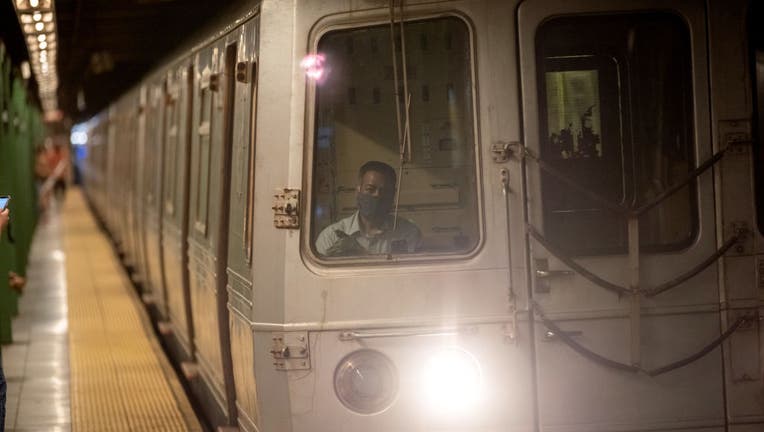 A subway conductor wearing a mask operates a subway entering the station as the city continues Phase 4 of re-opening following restrictions imposed to slow the spread of coronavirus on August 21, 2020 in New York City. (Photo by Alexi Rosenfeld/Getty

NEW YORK - Police made a grim discovery aboard a subway train in Harlem early Saturday morning.

Just after 1 a.m., authorities responded to a 9-1-1 call of a disorderly man aboard a 3 train at the 148th Street subway station. Upon arriving, however, they discovered a 59-year-old man unconscious and unresponsive.

Officers immediately attempted to aid the man. EMS also responded to the station but declared the man dead at the scene.

No information about the victim has been released yet, while the Medical Examiner is still working to determine a cause of death. An investigation is still ongoing.

Ridership on the subway has plummeted, even after the coronavirus lockdown in New York City was lifted, and officials say that without a federal bailout, the city’s mass transit services could suffer ‘horrendous’ cuts.