NEW JERSEY - A New Jersey mayor says a man taken to a hospital after falling through ice at a reservoir has died, the third person in the state to perish after a fall into icy waters in the same week.

West Milford Mayor Michele Dale said a close friend of the victim's family confirmed his death Friday night after he was taken to Chilton Medical Center in Pompton Plains.

State park police said the man had fallen through ice at 2:20 p.m. Friday at the Monksville Reservoir in the Long Pond Ironworks State Park. Dale told New Jersey 101.5 that the West Milford resident, whose name wasn't released, had apparently been ice fishing at a boat ramp.

Two Ringwood police officers went into the icy water to try to rescue the victim and were soon joined by a West Milford officer in a specialized wet suit who brought the ice fisherman and the officers out, Dale said.

On Wednesday, two teenagers died after falling through ice on ponds in central New Jersey, one in Carteret and the other in East Brunswick.

In East Brunswick, three teenagers fell into a pond behind police headquarters around 5 p.m. Wednesday. Two were able to get out and called 911. Several officers ran out and formed a human chain to try to reach the 13-year-old. He was eventually pulled from the water and taken to a hospital, but he was pronounced dead shortly afterward. 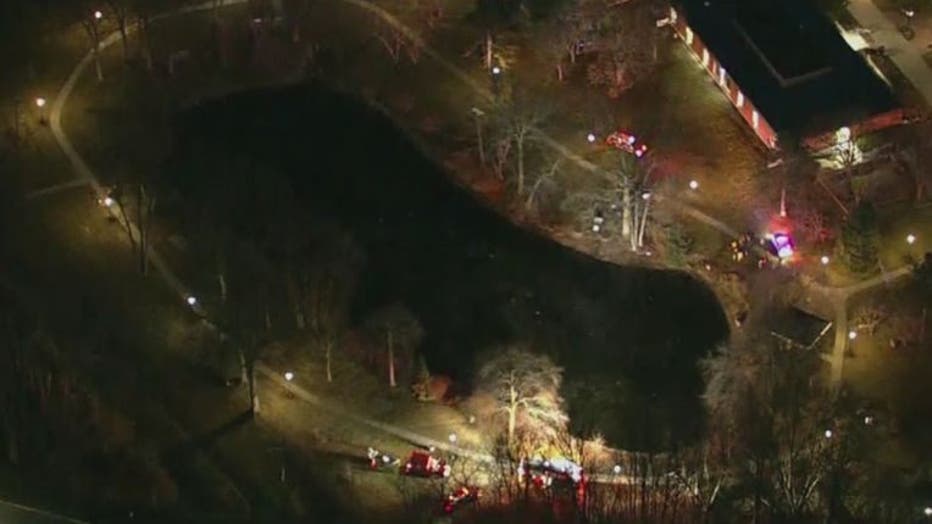 Two boys fell through the ice of a pond at a park in Carteret at about 7:10 p.m. Wednesday, authorities said. One was able to reach safety but the other remained in the water until emergency responders were able to rescue him. He died shortly afterward at a hospital.

Following the deaths of the teens, Gov. Phil Murphy called it "an awful tragedy" and credited first responders in both communities with "extraordinarily heroic efforts." He also urged others to avoid putting themselves in danger.

“Please stay off and away from frozen lakes and ponds. No ice is safe ice,” the governor said in a message on Twitter.