Congress holds moment of silence for 600,000 lives lost to Covid-19

Members of Congress gathered on the front steps of the U.S. Capitol to hold a moment of silence for a grim milestone: 600,000 Americans lives lost to Covid-19 since the pandemic began. Speaker Nancy Pelosi, House Minority Leader Kevin McCarthy, and Senate Majority Leader Chuck Schumer were joined by a large group of lawmakers to mark the solemn occasion. They also sang "God Bless America."

A 72-year-old man in England is believed to be have had "the longest known PCR confirmed case of SARS-CoV-2 infection" after testing positive for coronavirus some 300 days. Dave Smith, of Bristol, is described in medical papers documenting his case as being immunocompromised and with a history of cancer, which may have put him at an increased risk for prolonged infection.

In a preprint paper, released ahead of the July European Congress of Clinical Microbiology & Infectious Diseases (ECCMID) conference where his case will be presented, doctors noted that the virus did not clear after a 15-day course of Remdesivir. On day 265 of his illness, he was treated with two monoclonal antibodies, casirivimab and imdevimab, and his health improved "dramatically." Forty-five days after the treatment, the virus was not detected in RT-PCR tests.

The drugs were reportedly made available to him through compassionate use and are not yet clinically approved for use in the U.K. 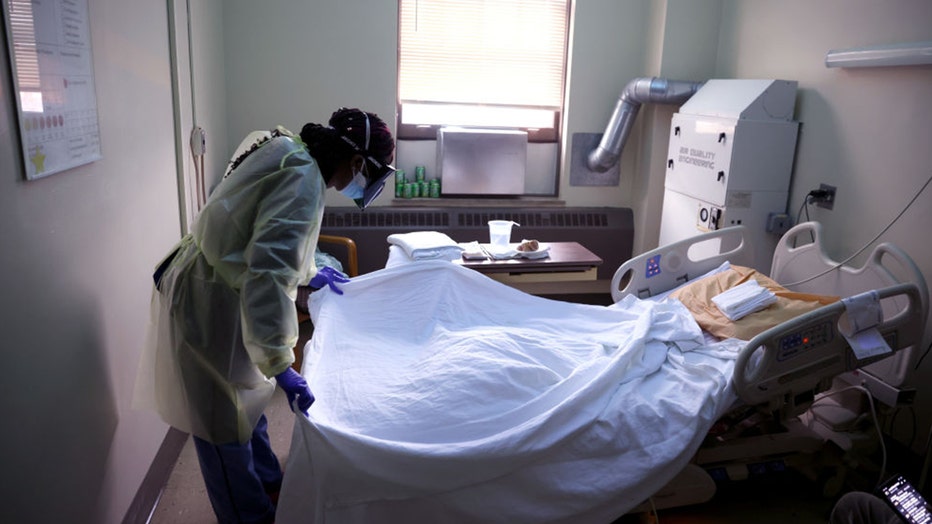 RELATED: US COVID-19 deaths: Most who died recently were unvaccinated, data shows

"It is wonderful that we were able to help this individual," Dr. Ed Moran, consultant in infectious diseases at North Bristol NHS Trust (NBT), which worked in conjunction with University of Bristol researchers, said in a news release. "Whilst such cases are rare there will be a number of people across the country in similar situations. The small numbers make it difficult to perform experimental therapies. However, it is important that we find a way to access and develop treatment regimens for these individuals both for the wellbeing of the individual and to protect public health."

In an interview with The Guardian, Smith revealed that his wife "started to arrange a funeral five times," and that he had been admitted to the hospital seven times during the duration of his illness.

"At one point, I was bedridden for two or three months," he told The Guardian. "My wife had to wash and shave me in bed because I just couldn’t stand up. Sometimes I thought, I wish they’d take me in the middle of the night, because I just can’t go on anymore. You get to the point where you are more afraid of living than you are of dying."

He said that while he’s now clear of the virus, the infection destroyed his lungs and he still suffers from shortness of breath.